Russian Salmon, a major aquaculture company in Russia, plans to build the first Atlantic salmon (Salmo salar) hatchery in the country. The company has begun looking for land in Murmansk Oblast. 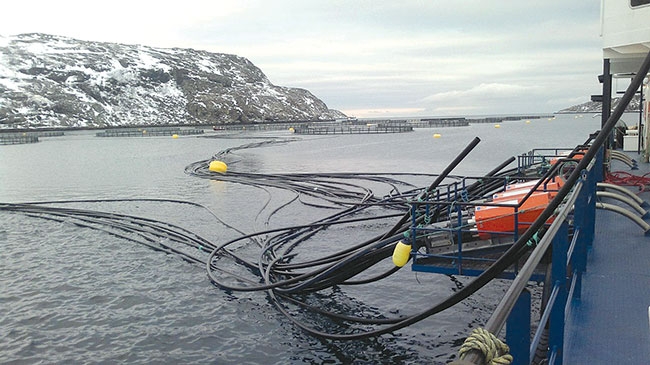 The company plans to invest EUR25 million to build the facility with the designed production performance of six million units of Atlantic salmon smolts per year, according to Pavel Tikhonov, general director of Russian Salmon. The construction is slated to begin in 2019 for completion by 2021.

Russian Salmon needs its own smolt plant because the demand for broodstock in the salmon industry is skyrocketing, Tikhonov explained. The company imports fingerlings from Norway, where they are in short supply these days, because of the strong increase in domestic demand, he added.

In 2019, Russian Salmon plans to revive several of its salmon farms in the Barents Sea. Production was halted on these farms in 2016 when all the fish died from infectious anemia and mycobacteriosis outbreaks. The company suffered a net loss of Rub1.5 billion (US$25 million) as a result, according to its own estimates.

There are plans to revive the fish farms with overall production capacity of 15,000 tonnes per year, as well as build the hatchery and a feed mill. The total investment cost of the project is estimated at Rub7.8 billion (US$115 million).

So far, not a single Atlantic salmon hatchery has been built in Russia, Ilya Bereznyuk, senior analyst of the Russian consulting firm Agro & Food Communications, told the local newspaper Kommersant. By launching its own hatchery, Russian Salmon would be able to cut its dependence on imported broodstock, but it would not be able to abandon import completely, giving the total needs of the company, Bereznyuk added.

Russian fish farmers have strong import-dependence from Norway hatcheries, including on such things as impregnated roe, as these products are not yet manufactured in Russia, he said.

Russian Salmon is not the only company that targets self-sufficiency on smolts. In 2017, another major aquaculture producer, Russian Aquaculture, acquired Olden Oppdrettsanlegg AS, a smolt plant in Norway, revealing its plans to build a hatchery designed to produce 12 million units of smolts per year in Murmansk Oblast. So far there have been no developments in this project, and there is no clarity when construction is scheduled to be started.