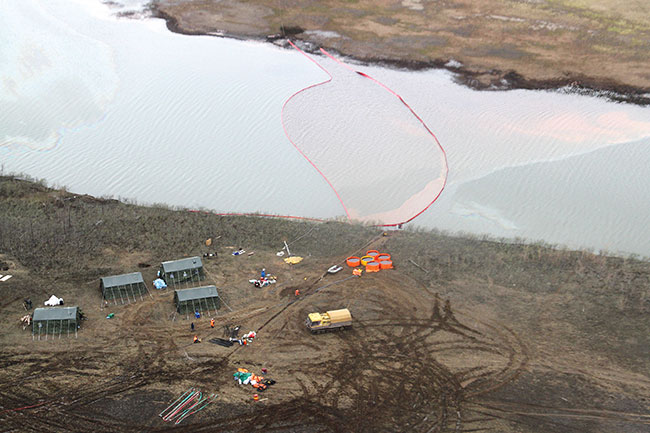 Environmentalists will have to work for decades to overcome the consequences of the Norilsk fuel spill.

At least three new hatcheries must be built in order to restore the environment in Norilsk, Russia, following a devastating large-scale oil spill earlier this year, said the Russian state agency for fisheries Rosrybolovstvo in a statement in early October.

The new hatcheries will need to produce record-breaking 9,000 tonnes of grayling (Thymallus), cisco (Leucichthys), and sturgeon (Acipenser), the population of which was nearly completely destroyed from the the Norilo-Pyasinskiy basin as a result of the oil spill, Rosrybolovstvo added.

It will take Rub40 billion (about US$523 million) and 18 years to restore the region’s fish population, Rosrybolovstvo estimated.

“Under the full designed operational performance, taking into account the production recommendations given by scientists, it would be possible to restore the previously existed reserves within 18 years.” said Ilya Shestakov, director of Rosrybolovstvo.

“We also found the presence of oil products in the fish, which makes it unfit for consumption. We also do not exclude mutational changes. Our scientists will monitor this process.” 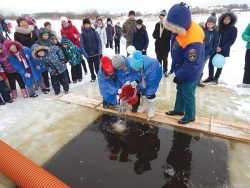 The hatcheries’ construction may begin in 2021, but it will depend on whether the Russian giant mining company Norilsk Nickel would agree with the Rosrybolovstvo’s plan.

“Work can begin once we understand that Norilsk Nickel itself agrees with our assessment and whether they will sue us [over the investment cost of the recovery plan]. If they go to some other events and disagree with our assessment, then of course, it will take much longer. So, in 2021, we would be able to start designing and even perhaps, construction,” Shestakov said.

Norilsk Nickel will build two new hatcheries to eliminate the damage from the Arctic fuel spill, the company’s owner Vladimir Potanin said earlier this year. The company also planned to work with local hatcheries to mitigate the damage to the environment caused by the fuel spill, but their capacities would be clearly insufficient to beat that goal.