Around the time salmon aquaculture in Europe began more than three decades ago, Ireland was producing roughly the same volume as its neighbour, Norway, which is around 20,000 tonnes of Atlantic salmon per year, according to The Irish Times. Today, Norway’s production is in excess of 1.2 million tonnes, making it the world’s largest farmed salmon producer. Ireland meanwhile has been relegated to the “others” category in rankings of the world’s top salmon producers by volume.

Such is the environment that Irish salmon farmers like Gareth Murphy find themselves in. Murphy’s Irish Salmon Smolts company, based in Cork, Ireland, supplies smolts to local salmon grow-out operations and to Scotland.

Ireland produces only organic salmon, thanks to the “Origin Green” initiative, a government and private sector sustainability program launched in June 2012 to make Irish food and drink the first choice globally. There is no other program worldwide that’s similar to this Irish initiative, which now includes more than 53,000 participating farms around the country, including salmon producers.

“Two of the main consistencies with organic produce is the level of organic feed fed to the fish and also the stocking densities. And we don’t use any chemicals in our production,” says Murphy, who runs two salmon hatcheries: one in Bantry in West Cork and the other in Galway.

The wild side
At the Irish Salmon Smolt’s hatchery in Bantry, stocking densities are below even the organic standards, says Murphy.

“We, normally, as a policy are trying to keep densities below five kilogram per cubic meter, which is well below the organic standards of roughly 20 kilograms per cubic meter. Keeping them in such densities allows us to get good growth, good farming conditions and fewer mortalities,” says Murphy, who was recently named among Hatchery International’s Top 10 Under 40.

That decision works so well that the mortality rate at the hatchery is below three per cent. Murphy attributes this also to the lack of commercial activity around the hatchery, which leaves the waters exceptionally clean.

“The Bantry hatchery has evolved since my uncle started it. It is a great facility in that it is high up in the mountains. There is no commercial activity or other farming of any sort further afield so what we get is as natural environment as you can get in the wild.”

Running on a flow-through system (the less moving parts, the better, he says) Murphy also decided against heating the water at the hatchery. Heating the water would have hastened the growth of the smolts, but Murphy opted for substance over speed.

So while other farms could take as little as eight or nine months to produce a 100-gram smolt, it takes Irish Salmon Smolts 11 months to get its fish to that weight and ready for delivery to clients’ grow-out pens.

It’s not complicated
Good old gravity is doing its job at Irish Salmon Smolts. Both of Murphy’s hatcheries in Ireland run on flow-through systems.

At the Bantry site, gravity-fed system feeds the hatchery with spring water. “We have no operational pump on site; everything is gravity fed,” says Murphy.

“The only automatic inputs into the farm are the automatic feeders. Everything else is natural and just pipe work. The design is very basic, very rudimentary. But it’s very efficient in how it’s running and it’s just a great hatchery.”

The self-taught hatchery manager believes that the more important factor in running the hatchery is consistency, not the technology.

“It’s all about consistency on how you manage lines,” he explains. “If you put in the time and you get the basics right – a lot of that is managing an animal and understanding what needs to be done. You need to be consistent in your work and you need to do it when it needs to be done. Otherwise, you will suffer consequences from it. And that’s evident across all different species that we’ve grown before.”

He acknowledges there’s been a big push for a recirculation aquaculture technology around the world, but “unfortunately in Ireland, we’re just not there yet,” he says.

He admits he considered “revamping everything” by putting in pumps and alarms when he first took over the hatcheries, but he changed his mind.

He circles back to the simplicity of the flow-through system. “Water in, water out are basic in any fish farm. If you keep everything as simple as possible and as straightforward and consistent then to me you get a better result.” 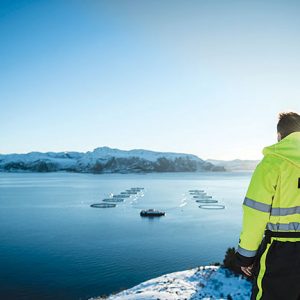 Mowi has anounced plans to expand in Ireland but the country’s licensing system may hold up the plan (Photo: Mowi Ireland) 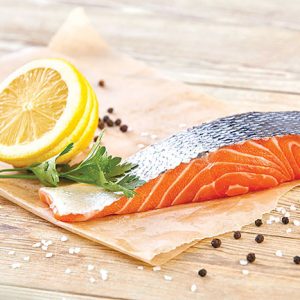 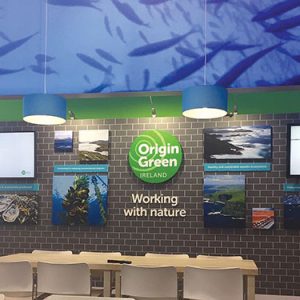 Missed opportunities
While his hatcheries and smolt production are performing as well as can be expected, Murphy laments the potential opportunities lost under the current state of affairs in Ireland’s aquaculture industry. It is even more regrettable especially considering the reputation of Irish salmon as a premium quality organic produce.

With its moderate climate, relatively mild winters and abundantly clean spring water flowing freely from its mountains, Ireland is well placed to supply the world with sustainably caught wild and farmed seafood.

Latest available figures show the sector contributed €1.25 billion (US$1.49 billion) to the Irish economy in 2018, up more than three per cent from the year before.

But the growth belies the troubles of its salmon aquaculture industry. A closer look reveals Irish farmed salmon production was a paltry 12,200 tonnes in 2018, down by 39 per cent from the year before. By value, production fell by roughly 20 per cent to €199 million (US$240 million), according to The Business of Seafood 2018, a report published by Ireland’s Seafood Development Agency, the Bord Iascaigh Mhara (BIM).

BIM attributed the decline in production volumes to production cycles and the limited production sites. But that’s just scratching the surface.

The obstacle for Murphy is the same one that has prevented the expansion of Ireland’s farmed salmon industry: an archaic licensing system. In dialogues with the Department of Marine and Natural Resources, the licensing and regulatory authority for marine aquaculture in Ireland, farmers have expressed the need for reform and their frustrations over the lengthy licensing process. Uncertainties over the tenure of licenses have soured potential investors on committing to the investments or partnerships needed to grow the industry. It is something that Murphy knows all too well.

“The licensing issue is the single biggest issue we have in Ireland in relation to fish farming. It’s the main reason we don’t get any finances (from investors) to farm in the sea,” he says. “Our licensing scheme and obviously the supports around it are limited because it isn’t up to date. We’re far behind any other country.”

Case in point: Ireland’s authorities have not granted licenses for a salmon farm for 11 years, according to a report from Salmon Business.

The world’s largest farmed salmon producer, Mowi, has 13 farm operations in Ireland. It says the processing of a marine finfish licence takes between 87 and 216 weeks. Appealing licenses to the Aquaculture License Appeals Board could take “at least a further 168 weeks to determine” and the process of renewing expired finfish licences takes as long as a new application, the company noted in its Salmon Farming Handbook 2019.

While an independent review of Ireland’s aquaculture licensing system was initiated in 2017, the pace of enacting the recommendations of that review had been slow.

The COVID-19 pandemic has only exacerbated the situation. “The salmon farming industry in Ireland is very small; a lot of it is based on personal relationships. Pre-COVID, I would have always come and sold my fish after meeting potential clients. They come to Ireland, we talk about the quality of the product, we go out for a meal, and we sign on the basic conditions of the contract, and you’d be done. Now there’s just so much uncertainty. All contracts are lengthier, everyone feels uncertain and a bit scared to make commercial decisions,” says Murphy.

Big dreams, big hopes
Despite the challenges, the 30-year-old proprietor and hatchery manager remains, hopeful for the industry’s future.

“How long is a piece of string?” he asks rhetorically when asked about his expectations on the farm-licensing reforms. “We’re always optimistic. You wouldn’t have got into fish farming unless you’re an optimistic person.”

In 2018, increased demand for Irish organic salmon boosted prices by seven per cent. This helped partly offset the decline in export value for that year, says BIM.

But even the organic competitive advantage may not be for long as more countries increase their organic production to respond to market demand, according to BIM.

Murphy hopes that one day he can add a grow-out operation to his business.

“We’re just not at that level yet,” he says about making that dream a reality. “Farming at sea is big money and it’s not a resource I have yet. We’re looking into it. I hope that maybe in the next 12 to 14 months, we would be able to go down that line, but it’s something we’re just not kitted out financially yet. We’re hopeful. We have a potential partner on this but we’re not over the line yet.”

“I have big dreams of one day doing a large post-smolt unit. We’re still ways away from that. So in the short term, the important thing is to maintain what we have, keep the fish growing nicely and get the fish out. Fish in, fish out,” he adds.

“I think the Irish people just need to slowly wake up to the fact that we have an industry here that’s waiting to take off and there’s many opportunities to come out of it that are to be seen.”