At the Conservation Fund Freshwater Institute’s Aquaculture Innovation Workshop (AIW) held in Vancouver, BC last November, presenter Jon Fitzgerald, talked about models for capital investment in RAS. An agriculture and food-production investment banker who heads Stope Capital Advisors, Fitzgerald’s attendance at the AIW four years ago was his introduction to the topic of food-fish aquaculture. 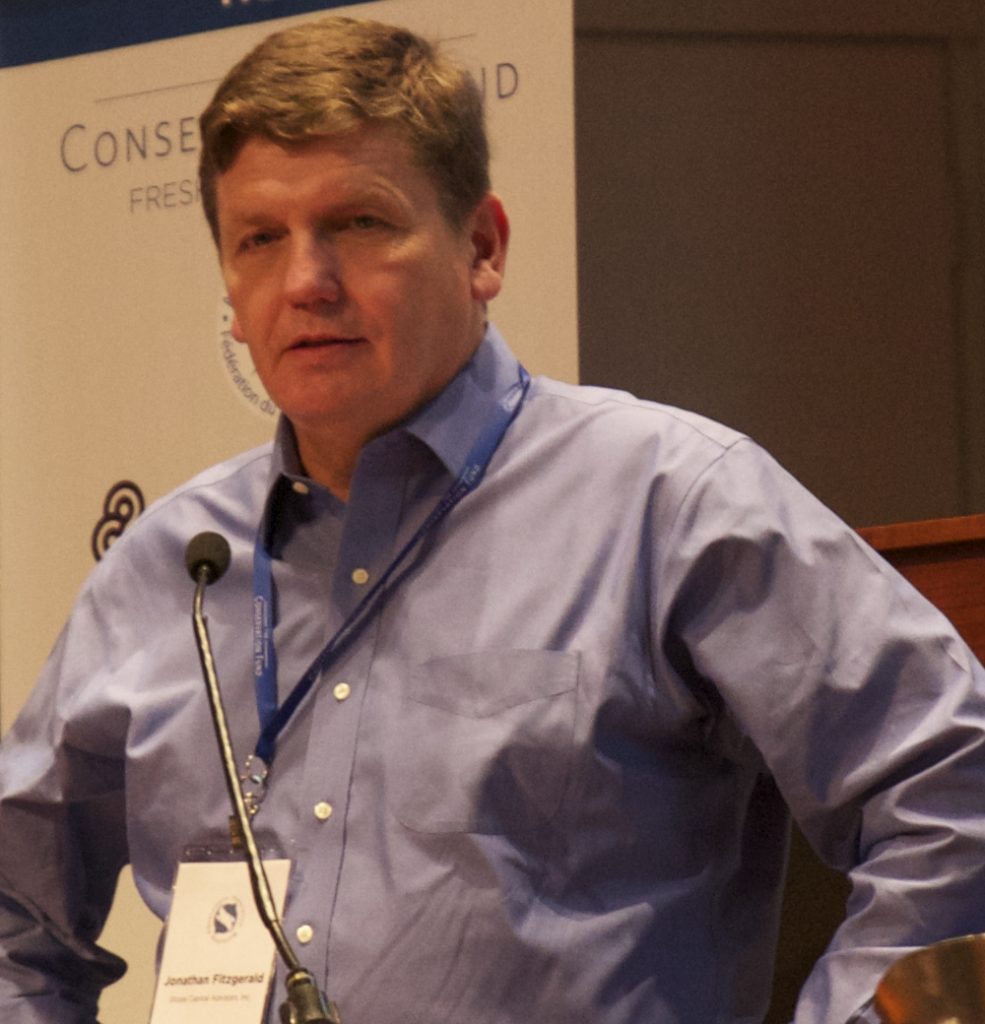 It was clear to him then, he says, that on-land aquaculture was still in the developmental stage and that investment in the sector was only just on the radar for potential investors. The land-based systems needed to demonstrate acceptable ROIs comparable to other resources such as the energy and mining industries.

In the last four years both the land-based aquaculture and potential investors have matured, and models of RAS technology show a potential return that has investors starting to pay attention. There are now “new” groups of capital investors who want to put their dollars into socially responsible and beneficial programs that are being run sustainably, he said – both environmentally and economically.

In essence, Fitzgerald said, the fish-farming industry has passed an inflection point, a point in a curve on a graph where the line begins to move in a different direction. This is good news.

The industry has grown up, and Fitzgerald suspects that there are now some ready, able investors willing to put their money into the RAS industry and its sub-sectors, such as equipment and technology development.

The full presentation can be viewed here: