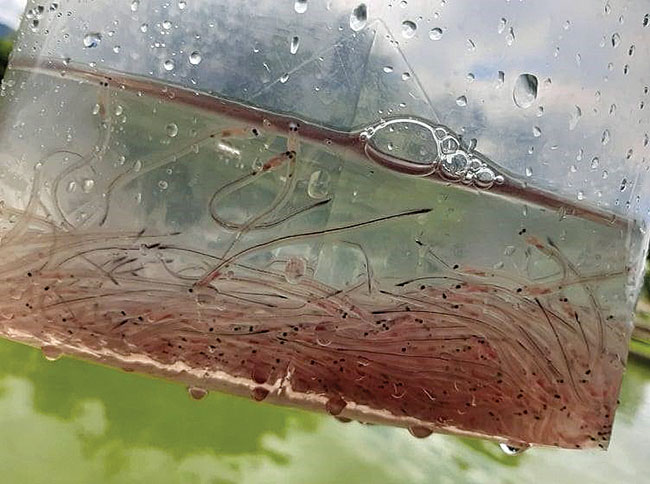 The Philippine government wants to boost its juvenile eel export with its new program.

The Philippine Bureau of Fisheries and Aquatic Resources-Region 2 (BFAR-2) is spearheading a government-private sector program to increase juvenile eel production in Cagayan Province.

Best protocols and technologies “borrowed” from different countries are being used in the trials, Ame said. These include establishing protocols for nursery culture. Decreasing mortality rates is a key point.

Historically, Cagayan Valley has been the primary area of Anguilla fishing within the country. Five of the world’s 16 Anguilla species are found in the region. A. marmorata, A. bicolor, A. japonica, A. celebesensis and A. luzonensis have been described as being “all economically important.”

Some 180,000 pieces of elvers (young eels), procured from gatherers, were given to the cooperators. For their part, the latter are responsible for logistical expenses. To make the program commercially sustainable, requirements in the selection of participants included their financial capability.

BFAR said glass eels are cultured in tanks until they reach 15 cm. Stocking density is at 5,000 pieces per cubic meter. Tubiflex sp, which are small aquatic worms, is an ideal first feed. After two or three days, commercial feed is added progressively. Diet changes to pure paste of minced fish on the tenth day. When it reaches the development stage, glass eel can be fed with high-energy and protein-rich artificial feed.

Export size is reached within six to 12 months of culture period.

Culture techniques of each cooperator will be monitored and documented by BFAR 2. Data from the best technology in terms of profitability will be disseminated. Allowable size for export is over 15 cm. Trials are still ongoing.

Philippine elver exports are mostly bound for China, Japan, Taiwan and South Korea. From a stable four per cent representing total glass eel exports to the region between 2004 and 2010, the volume skyrocketed to almost 30 per cent between 2011 and 2012.

Ninety per cent of global Anguilla production comes from eel farming, which relies on wild-caught elver.