Features Restocking
Hatchery reduces number of fish to be released

The Cook Inlet Aquaculture Association’s (CIAA) board of directors has decided to proceed with caution. It will reduce the number of pink salmon planned for release in the spring from its Tutka Bay Lagoon Hatchery. The hatchery is located on a lagoon connected to Kachemak Bay which lies within Kachemak Bay State Park. 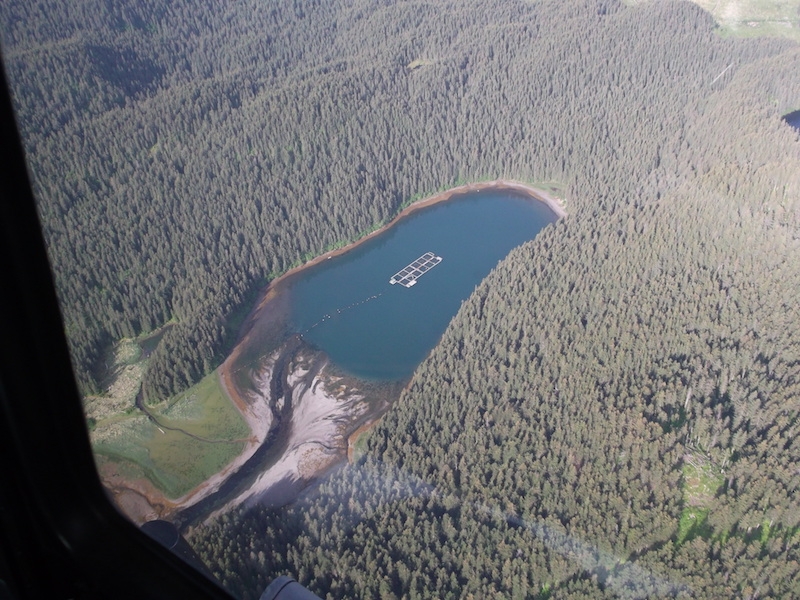 Association executive director Gary Fandrei confirmed with HI that the plan had been to rebuild the entire juvenile hatching and rearing to a release of some 100 million fry a year — approximately 20 million into the holding net-pens in the lagoon, and the remaining 80 million into eight to 10 pens placed out in the bay within Kachemak Bay State Park. But the decision was made to increase numbers slowly and release only about 20 million into the Bay and 40 million into the lagoon.

CIAA explains the decision was made in part after a major storm blew into the lagoon killing millions of eggs in the on-land facility. Also, because the waters in the bay are as yet untested, it seems prudent to release fewer fish and wait and see how they do. Although, some area residents have opposed the move because of ecological concerns, such as fear that the hatchery pinks will out-compete wild fish, this apparently did not influence the CIAA decision.

Fandrei said CIAA was hopeful that the new plan would draw the majority of returning adult pinks to the head of the bay where they would be much easier to harvest, and at the same time allow enough adults to return to the lagoon to provide broodstock and eggs the hatchery needs for the next year’s production. The revised smaller plan will give them a chance to assess the feasibility of releasing more fish.