Features Profiles
Millions to be invested in new scallop hatchery 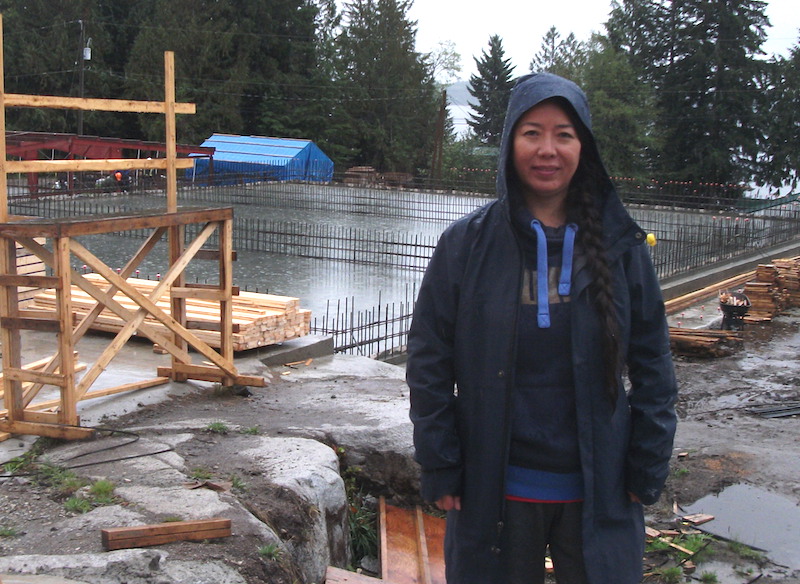 A new shellfish hatchery and nursery operation is being built just south of Powell River on the mainland coast of British Columbia. Senior personnel representing the Hummingbird Cove Lifestyles Ltd (HCLL) shellfish project said the plan is to start with Japanese scallop spat then move on to other species, such as sea cucumbers, geoducks and sea urchins.

Pending approval by the federal Department of Fisheries and Oceans, the plan is to collect some 2,000 pounds of Japanese Scallops from the wild which the operators say could generate up to 500 million single spat by March of 2016.

About 200 million of these scallop spat would be used internally. The remaining 300 million would be offered for sale to growout companies.

It is estimated that 25 people would be employed in the first phase of the multi-faceted, long-term program.

Bonaventure “Bon” Thorburn, the owner-operator of ThorConsult Ltd water and land development engineering consultancy firm on nearby Vancouver Island, acknowledges that the project is big considering the present state and size of the shellfish industry on the Canadian west coast and the current regulatory regime. Thorburn assisted with the design and plans for the first phase of buildings and tank systems. He’s also been acting as advisor, negotiator, and liaison with DFO.

Thorburn told Hatchery International that all systems have been designed to be as “green, sustainable and environmentally-friendly” as possible.

Thorburn said on behalf of chief executive officer and board chairperson Xi Ping “Xixi” Ding and her husband Zhiyi Chen, who use an interpreter for communications, that the first phase of the new operation is being built to have an initial “footprint” of five hectares, on an approved site of 27 hectares. So there’s still plenty of room left for further expansion, it was explained.

Thorburn said it is part of Ding’s commitment to provide employment opportunities for Chinese-Canadians and local First Nations.

Ding, who is from the Chinese province of Liaoning and its northern city of Dalian, employs Jinee Lan, a recent graduate in aquaculture from Dalhousie University, to be both her executive assistant and interpreter. Ding has extensive experience with farming brown sea cucumbers in her home province.

Lan and Thorburn said on Ding’s behalf that she plans to move very quickly into mass production of scallop spat, but realizes the need for the initial broodstock to acclimatize for at least a month before they’re induced to spawn by photoperiod and water-temperature manipulation.

Thorburn acknowledged that HCLL could end up with more scallop larvae and juveniles than it, in this first-phase, can handle, or sell to the limited number of scallop growers in BC.

When completed later this fall, the HCLL site will contain a 94-metre-long nursery building 23.2 metres wide that will be next to a building of similar size that will be a second nursery but will also house tanks to produce algae for feeding the stock. Half of the algae section of the unit will have a translucent roof to aid in production.

Next to this nursery/algae building will be a research laboratory 36.6m by 22.6m, to be staffed in part with scientists from China.

Not far from the nurseries, will be three smaller buildings: one containing two 600-cubic-metre warm-water tanks; another will be an electrical building housing chillers that will cool the effluent water prior to discharge; and the third, a cold-water tank unit with 500 cubic metres of tank space for cold water. This unit will also be fitted with two drum filters fed by the hatchery’s duplex pump station through twin intake pipes. The intake pipes will run downhill 200 metres into the ocean, with water intakes 20 metres below the surface at low tide.