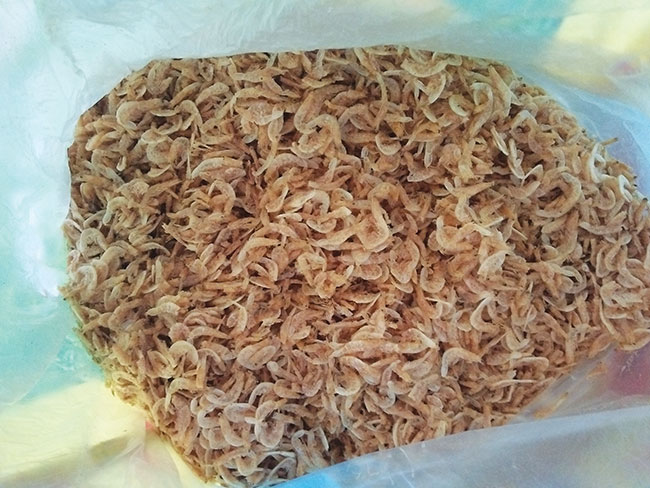 Green water technology and achieving sex-reversal in a fifth of a time of the normal procedure are just some innovations practiced at JAVE Farms in the Philippines. And these have been attracting attention all over the country.

Other innovations developed by Lugagay include producing his own probiotics, cutting down feed costs and water pollution, designing and developing a special pump using the aeration principle, and using lambanog, a local nipa palm wine, instead of ethyl alcohol in preparing sex-reversal tilapia feeds.

Lugagay, 55 years old, has owned and operated the three-hectare hatchery in Santiago City, Isabela, since 2005. He has a broodstock of 8,000. Monthly production varies from 700,000 to 1.5 million fingerlings, depending on whether it is hot or cool season.

Through his own tried-and-tested innovations, he has maximized the facility’s production capacity since day 1.

Green water
Lugagay uses different strains of tilapia to produce heat-tolerant fingerlings that can adapt to the changing climate.

Diet is an important aspect of conditioning the broodstock. A combination of dried krill and commercial feed produces more eggs and healthy fingerlings.

“Dried krill is high-nutrient, floats and is palatable to the fish. It only costs P600 (US$12) a kilo and that goes a long way,” he says.

Meanwhile, the breeding ponds are prepared starting with a pond-to-pond release of green water, which is filtered to keep out fingerlings and other small fish. Chicken manure is scattered as a natural fertilizer. Within a week, planktons and moena would be observed growing. Once there is enough growth, the broodstock are released.

With the natural food growing in the ponds, commercial feeds are no longer provided. Another advantage of this process is that since broodstock consume natural food through their gills, no egg is expelled during the mouth-brooding stage. “After 11 days, collection of fry begins,” he says.

“Green water technology” is used to condition the ponds.

Different strains of tilapia produce heat-tolerant fingerlings that can adapt to the changing climate.

Coming up with the concept of green water technology came from his experience at the first hatchery he owned and operated. He has trained himself to notice and observe what is happening with a researcher’s eye and mindset.

At 15 years old, in 1979, he was hired as one of the day laborers to work on the construction of a prawn hatchery, located in Negros Occidental, by one of the biggest multinational corporations in the Philippines. He went to night school just to finish high school.

By the next year, he was promoted as a hatchery assistant. In this new environment, he was surrounded with aquaculture graduates and professionals from state universities and became conversant with industry and scientific jargons. “Every day, they would give me tasks to do and explain to me the process,” he recalls.

In 1997, following years of steady downsizing because of the collapse of the Philippine prawn industry, he was assigned to the company’s tilapia hatchery in Calauan, Laguna. By 1998, he was the team leader who ensured quality of fingerlings. In 2000, he was qualified for retirement and opted for it. He then set up his own tilapia hatchery in the nearby town of Bay.

“When I still had a tilapia hatchery in Bay, there were backyard hatchery operators and the water they used would pass through neighborhood districts and was very green. This needed to be filtered before being directed to flow into the breeding ponds. I observed that after a week, zooplanktons started growing and that the fish ate it,” he says.

He tweaked and fine-tuned this into the green water technology he now uses.

Four-day sex-reversal
After the fry collection comes the sex-reversal process, which he has been able to shorten from the usual 21 to only four days. An experience from his early days served as one of the foundations for this innovation.

“When I was still a hatchery assistant, I assisted a student who was doing his thesis on egg to fry development and sex development,” he explains. One of the basic facts Lugagay learned was that tilapia have no determined sex when they hatch and the fry develop sex after one week.

For the sex-reversal process, he has tanks for 100,000 fry equipped with an aeration system that he designed and developed himself. This produces a high dissolved oxygen level that increases vigor of the fry. “Feeding is done ad libitum,” he says. “They just keep on eating.” Hormone-treated commercial feeds are provided round-the-clock.

“While other hatcheries still use the conventional flow-through and aeration system, Mr. Lugagay developed his own special pump using the venturi aeration principle and installs it in his conditioning tanks to ensure high dissolved oxygen level, hence, the high survival rate of his fingerlings,” notes Jennifer Tattao, BFAR Region 2 chief aquaculturist.

Santiago City, where JAVE Farm is located, is some 450 kilometers away from Bay, Laguna, the site of his first hatchery. Lugagay narrates the story of how he ended up in Santiago City.

In Bay, located in Southern Luzon, he had a regular client who had a sizeable grow-out operations in Santiago City. One time, the client was unable to pick up his order because of a typhoon that stranded him.

This client so badly needed a reliable supply of fingerlings that he had even set up his own hatchery, also in Santiago. But it was failing to produce the desired volume. Supply from Lugagay evened out the client’s requirements. He was quite resigned to traveling the great distance each time, until that force majeure made him think there must be a better way.

“Why don’t you just relocate to Santiago?” he asked Lugagay then. He offered his operating hatchery – lock, stock and barrel – with easy payment terms.

The past 14 years have mostly been good. For his Innovations at JAVE Farm, Lugagay has received regional and national recognition from BFAR.

Lugagay is also considered a ‘farmer-extentionist.’ “He provides free technical advisory services on hatchery operations to walk-in clients and to his customers of fingerlings. This is a big help to the delivery of extension services of the City Government of Santiago and BFAR because of the limited technical staff to conduct one-on-one technical assistance,” she says.