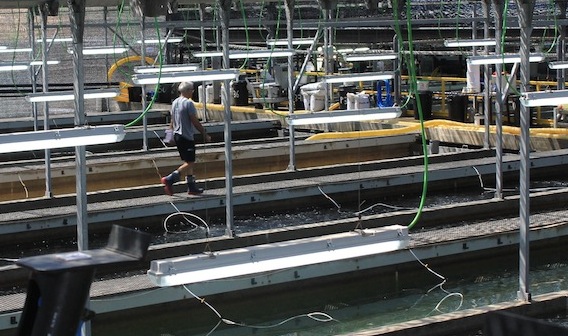 Cooke Aquaculture's investment in Aquicultura Balear could help make it one of the largest hatcheries for sea bass and sea bream in Spain.

Cooke announced the investment through its Spanish subsidiary Culmarex and said that it hopes the investment will make Aquicultura Balear the largest hatchery for sea bass and sea bream in Spain and one of the biggest in the Mediterranean Sea. It is projected to have an annual capacity of more than 45 million juvenile sea bream and sea bass.

Cooke Aquaculture CEO Glenn Cooke said, “I am prepared to invest and to make these expansions happen. I understand the potential for employment and economic activity that our investments can generate. I am committed to working with you to realize this potential.”

Cooke noted that the Canadian Government recently signed a free trade agreement with the European Union (EU), which he sees as a very positive initiative. “We look forward to growing our global business because of it. I am also pleased that the EU is encouraging its members to grow their aquaculture sectors.”

The hatchery itself features a genetics program where land-based broodstock are raised in a disease-free environment, making it ideal from a fish health management perspective. The hatchery is operated by an experienced team of managers and technicians, given support though Cooke Aquaculture’s global team.

“Now that we have Culmarex facilities and investments on Mallorca, we recognize this important activity and want to see it expand,” said Margaret Mercadal, General Manager of Agriculture and Fisheries in Isles Baleares. Mercadal notes that support for aquaculture expansion has been very encouraging, not only from Spain, but from the EU as a whole.

“Now that we are raising 40 million juveniles on Mallorca, let us hope for 40 million more in the future.” said Mercadal.

Maximo Hurtado, Trade Commissioner for Canada in Spain noted that with Spain’s emergence from the recent economic crisis and the implementation of the trade agreement, investment and trade between the two countries should continue to grow in the future.

“Innovation is key and Cooke is a good example,” said Hurtado. “We are very proud of Cooke.”