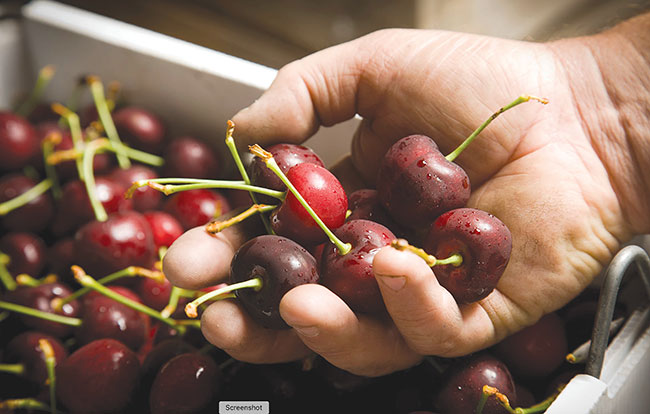 A Tasmanian aquaculture company is using waste matter from its land-based facility to produce nutrient-rich compost for a cherry farm.

Huon Aquaculture is collaborating with Cherries Tasmania in a project that uses waste by-product from Huon’s Whale Point Salmon Nursery to help grow premium cherries at the agriculture company’s Old Beach orchard. The first large-scale spread of the compost across Cherries Tasmania’s orchard was carried out last month.

The fish waste is filtered by Whale Point’s state-of-the-art water treatment system then collected and trucked to the Old Beach orchard, according to a press release from Cherries Tasmania.

“Our partnership with Cherries Tasmania is so simple – they take our fish by-product, which looks a little bit like brown putty, add it to their house-made compost, with a touch of locally-sourced council green waste from Barwicks,” said Frances Bender, co-founder of Huon Aquaculture.

It’s all part of an in-house freshwater improvement program (FIP) being carried out by Huon Aquaculture.

The program places a cap on discharge limits and site biomass capacities, to reduce the potential for any adverse environmental impact. 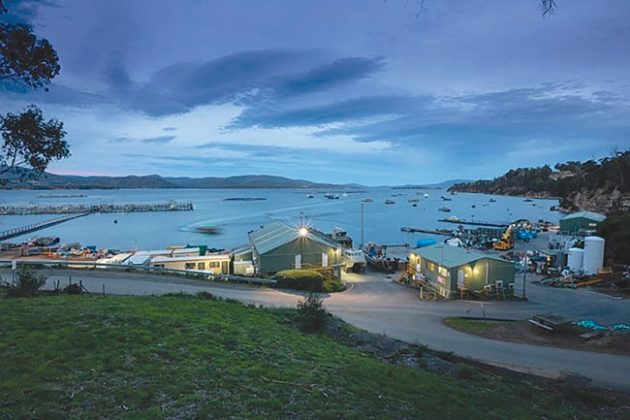 The Whale Point facility uses a water recirculation technology that enables 98 percent of the freshwater to be repeatedly treated and re-used. The remaining two percent of water has the solids removed through a flocculation process which separates solid and liquid particles first through a belt filter and then centrifuge for inclusion into compost.

“We run a closed-loop compost system. Anything that is still too large after the first compost screening, goes straight back on for another few months,” said Bender.

The waste water from the nursery is also sterilized and re-used on board Huon’s wellboat which further reduces the company’s reliance on Tasmania’s freshwater supply.

Nick Hansen, owner of Cherries Tasmania, said an earlier small-scale trial showed that adding the salmon waste to the compost has meant an almost exponential improvement in biological diversity.

He said his compost system was fungi-based which sees the rows of compost naturally reaching 70 degrees Celsius +/- . This heat kills off bad bacteria and breaks down the compost.

“I think we can slow the decline of our soils and the best way to move forward is to improve the soil biology so that my son inherits an orchard that has extremely healthy soils,” he added.