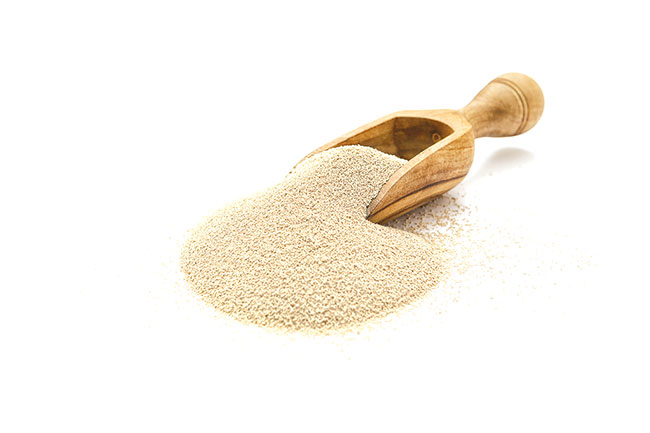 A yeast-based diet could be helpful in enhancing the Atlantic salmon’s ability to endure the challenges of transitioning from freshwater (FW) to seawater (SW), according to a new study from Norway.

Atlantic salmon’s transition from freshwater to seawater is a critical stage when the fish is more susceptible to stress, physical damage and infectious diseases, which leads to high mortality rates.

According to the study, “Yeast as a protein source during smoltification of Atlantic salmon (Salmo salar L.), enhances performance and modulates health,” a 25-percent-inclusion of Candida utilis yeast diet for Atlantic salmon pre- and post-SW transfer improved weight gain and feed intake, triggered a lower secretion of cytokines in distal intestines, and decreased the expression of its genes. This percentage of Candida utilis yeast was used to evaluate yeast as a protein source with functional properties and not only as an additive.

“Yeast successfully modified immunosuppressive responses related to SW acclimation,” said authors Christian Salhmann et al, who are from the University of Norwegian Life Sciences in Norway and the Pontifical Catholic University of Valparaiso in Chile.

Disease control strategies currently implemented by the aquaculture industry include the use of chemotherapeutics, vaccination and selective breeding programs. “These measures may decrease smoltification stress, but additional action is required to increase salmon smolt robustness during SW transfer. The use of functional ingredients in fish feeds and adapted feeding protocols are a possible solution to these challenges,” they said.

“Our results showed that ﬁsh fed the yeast diet throughout the FW and SW period achieved higher feed intake and higher growth rate than ﬁsh fed the control diet,” they cited.

Throughout the experiment period, these groups also had a higher feed intake. The authors said the increased palatability of the yeast in the diet could be the reason. “Yeast possesses feed enhancing properties, including nucleotides and glutamate, which has proven to be taste enhancers in fish.”

Previous studies have documented the positive effects of yeast or its components for salmonids. But yeast strain, processing technology and inclusion level can lead to varying effects on the immune system.

“Overall, the study suggests that yeast is a high-quality protein source with beneficial health properties in diets for smoltifying Atlantic salmon,” they said. The study was published in Aquaculture.