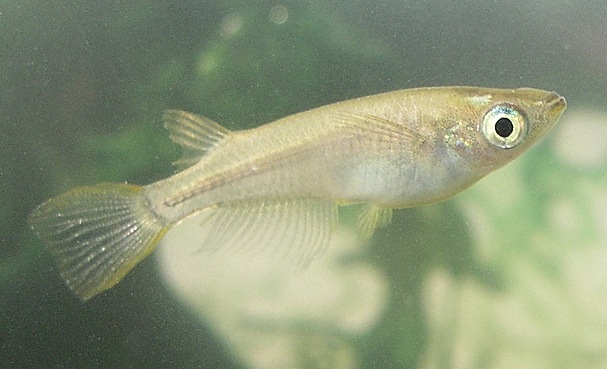 Studies of 3-cm-long medakas (also known as Japanese rice fish) are generating new insight into how to delay the onset of puberty in farmed salmon.

Early sexual maturation in farmed salmon inhibits growth, reduces product quality and can lead to more disease and higher mortality. Therefore, salmon producers want the greatest possible control of puberty onset – but in fish, like most other creatures, puberty is a complex process.

Little is known about the triggering mechanisms in sexual maturation in mammals and fish. However, Eirill Ager-Wick’s doctoral project at the Norwegian University of Life Sciences is helping uncover more about the significance of various genes for pubertal development in fish.

She is also providing a clearer picture of how these genes elicit the production of hormones in the pituitary gland.

Ager-Wick is seeking to identify the factors that regulate hormone production. In her study she used medakas which are sexually mature at three months of age. What’s more, the medaka genome has been completely sequenced.

Previous studies have shown follicle-stimulating hormone (FSH) and luteinizing hormone (LH) to be the two most important hormones for pubertal development, but scientists understand little about how these hormones are regulated.

Ms Ager-Wick isolated LH-producing cells from the pituitary glands of sexually mature and immature fish and studied the overall genetic expression in these cells. This enabled her to pinpoint the genes that appear to be pivotal in pubertal development.

“The LH-producing cells increase in both size and number during sexual maturation,” explains Ms Ager-Wick. “We found that these cells show a high expression of genes that trigger the production of the various pituitary hormones.”

The next step in her research is to study the genes that regulate pubertal development in male salmon: “I’d like to investigate whether there are salmon genes that contribute to delayed onset of puberty. If there are,” concludes Ms Ager-Wick, “then selective breeding programmes could exploit this so that in the future, farmed salmon mature later.”