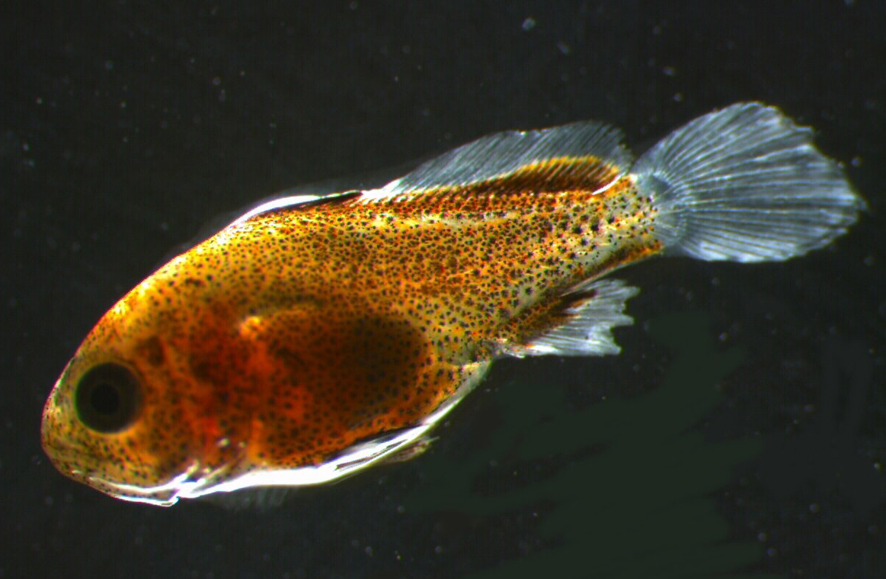 The shi drum (Umbrina cirrosa) is a member of the Sciaenidae family (drums and croakers). Its natural range covers the Eastern Atlantic from the Bay of Biscay to Senegal, and the Mediterranean and the Black Seas. It is consumed regularly in Turkey, Morocco, Greece and Cyprus, and elsewhere throughout its range. It has a good growth rate and can reach a mean body weight of 700g in 15 months. Thus it is a promising candidate species for aquaculture in the Mediterranean because of its high market value and adaptability to culture conditions.

In Spain, spawning shi drum in captivity was achieved for the first time in 2009 at the Centro Oceanográfico de Murcia, using hormonal induction; and until now research on shi drum reproduction in captivity has used hormonal treatment exclusively. However, at the Aquaculture Europe conference held last fall in San Sebastián, Spain, Marta Arizcun, from the Centro Oceanográfico de Murcia, reported work with her colleagues, A. García-Alcázar and E. Abellán, that yielded the first natural spawning by shi drum bred and raised in captivity, without any hormonal stimulant, thus convincingly closing the species’ life cycle.

Shi drum juveniles (average body weight 100g) were caught on the Mediterranean coast (Mazarron Bay, Murcia) in 2007. Wild-caught fish were acclimated to culture conditions in a 2m3 tank for three months, and were then transferred to a 15m3 tank for grow-out. The drum were fed a mixture of trash fish, squid and commercial pellets.

First spawning was initiated by hormonal injection in June 2009, and from then until 2012 all spawnings (F1 generations) were obtained using the same technique. The resulting larvae were reared in a 1m3 tank and the juveniles were reared to maturity.

In May 2013 eighteen three-year-old, F1 brood-fish (12 males and 6 females — mean weight = 990 g) were stocked into a 15m3 tank equipped with an overflow egg collector. And for a month before the spawning period, the breeders were fed with special commercial broodstock diets (Skretting, Burgos, Spain).

The proportion of buoyant eggs among those collected varied among the different batches (9.8 to 81.7%) with an average of 40%. Fecundity averaged 508 641 eggs/female and 511 711 eggs/kg. The hatched eggs were subsequently reared to the juvenile stage. This is the first time that spontaneous spawning by shi drum bred and raised in captivity has been reported.