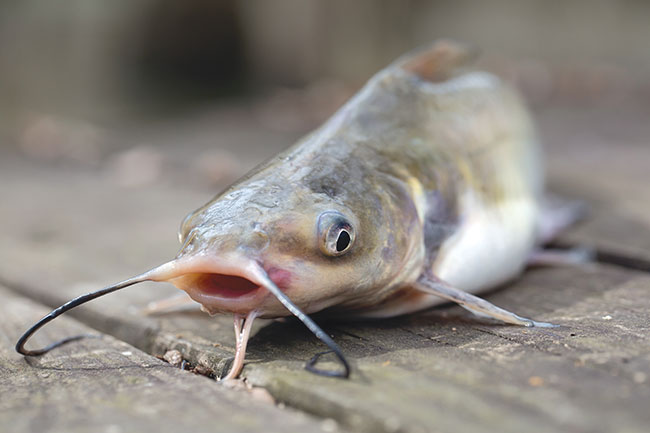 When added to fish feed, the frass from black soldier fly larvae can boost feed intake and result in weight gain in catfish, according to a recent study conducted by the United States Department of Agriculture (USDA).

Frass is the by‐product of the larval meal industry and includes larval waste, exoskeleton sheds, and residual feed ingredients. The 10‐week study was conducted to evaluate the effect of dietary levels of frass on growth, feed utilization, and body proximate and mineral composition of catfish.

“Final weight gain was significantly increased in fish fed diets containing frass at levels from 100 to 300g/kg,” according to the study. “Fish fed diets without frass, and with 300g/kg frass, showed the lowest and highest feed intake, respectively.”

However, the researchers found that fish that were fed frass at levels of 200g/kg and higher, showed feed and protein efficiencies that “were significantly lower” than those recorded for fish in the control group.

Survival, whole-body composition, and mineral content were not affected by frass, the researchers found.

“In summary, black soldier fly larval frass has potential as a protein source or just an ingredient for enhancing the palatability of catfish diets,” according to the study findings.