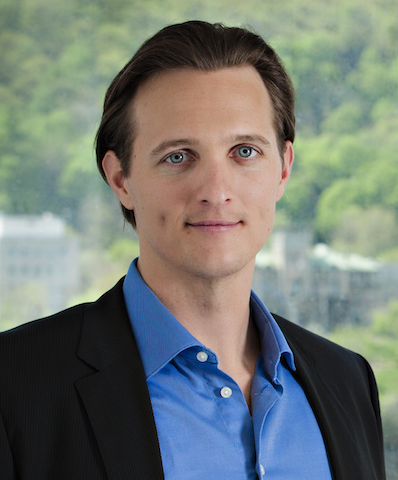 Sustainability is key in the public consciousness – consumers are more concerned than ever about what impacts the production of food may have on our environment. With that in mind, Mather Carscallen, CEO and Founder of Nova Scotia-based SabrTech Inc, believes it’s time for industry – all industries – to think cyclically.

“Nature is cyclic,” says Carscallen. “In a natural ecosystem, all the inputs that are used to grow

an organism – plant or animal – eventually get recycled. Feces produced by a fish goes to feed plants in the ocean. Or an animal goes back into the ground to become fertilizer. Nature has shown us that in order to be truly sustainable – I’m talking hundreds, if not thousands or tens of thousands of years – we need to start thinking in a cyclic process. Algae are a means to achieve that with our current infrastructure. They allow us to complete the loop.”

SabrTech’s origins lay in Carscallen’s experiences working with Canada’s National Research Council. While working on a project designed around using algae as a derivative for aviation biofuel, Carscallen was struck by the vast impact algae could have on everything from fuel to food, pharmaceuticals to nutraceuticals. The big bottleneck in the algae industry, however, was an inability to produce it cheaply.

“It’s a very complex process that people were using in order to grow algae,” says Carscallen. “We said to ourselves let’s figure out a way to enable anybody or any organization around the world to grow algae on site. Try to move away from a large facility that’s located in one or two countries and ships a product around the world. How do we do a local everywhere model? That was how SabrTech was born and our first concept we focused on was the RiverBox.”

The RiverBox is a modular, scalable biofilm platform for algae production, designed to be used without a prohibitive amount of technical knowledge. Resembling a shipping container, the device takes advantage of algae’s natural adaptability and ability to live in different environments, to allow an easy way for users to grow their own algae. The algae can be then be utilized as a replacement for non-sustainable or environmentally damaging processes and components in many industries, including aquaculture.

“A lot of fish, when they’re in their juvenile state or even smaller than that, will feed directly off of microalgae,” says Carscallen. “And if they don’t feed off of microalgae, they’ll feed on small invertebrates, like rotifers. Rotifers eat algae. So this is a way to produce the feed for your fish on site, and the beautiful thing is that you can take the waste produced by the hatchery, use that as either a supplement or complete nutrient for the algae, and then feed the algae back to the fish.”

SabrTech is currently in the process of fundraising in preparation for a commercial demonstration in Singapore with one of their first customers and a strategic partner. They are also lining up further potential customers and working on new products which will support the RiverBox.

“We’re really looking forward to involving the customer in the final tweaks to the system, to flush out any aspects that they suggest we improve or alter. At the end of the day, we’re not fish farmers. We’re not hatchery owners. They know what they want from an operations perspective, from a production perspective and from a cost perspective. We want to be able to hit all of those right on the nail.”