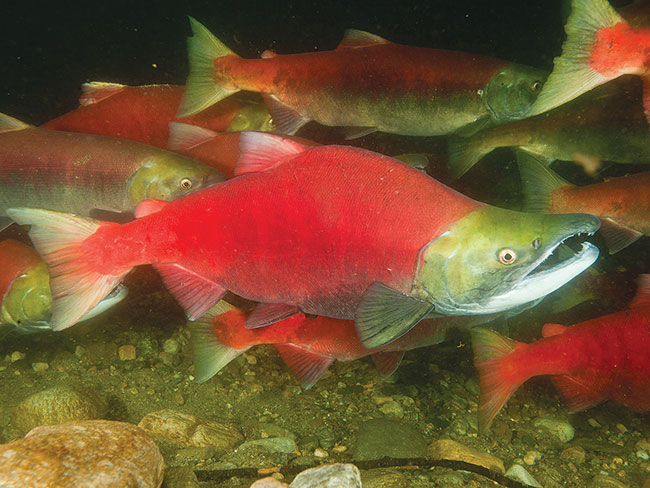 Fish otoliths are used for hearing and balance but they also contain valuable information. As they grow, they incorporate naturally occurring elements from the water into their structure, allowing researchers to determine a fish’s origins and migration patterns.

Elements, and isotopic ratios in water, vary with the underlying geology so each river, stream and tributary has a unique elemental and isotopic signature. Matching signatures in an otolith with water samples from a given area can infer where a fish was and when for much of its life. Otoliths can also reveal the size of a spawning population or a critical habitat for more effective conservation management.

But they also shed light on fish from hatcheries, say scientists at the U.S. Department of Energy’s Pacific Northwest National Laboratory (PNNL).

“In addition to water, a fish’s food also contributes to an otolith’s elemental and isotopic signature,” says Megan Nims, a chemist at PNNL, who is working with Pacific salmon. “Most hatchery fish have a marine diet that’s very rich in an element called strontium (Sr). This has a very distinct isotopic signature. Because the chemistry in an otolith is a product of water and diet, a marine diet creates a distinct, predictable shift in the otolith chemistry of a freshwater fish.”

Megan Nims, a chemist at PNNL, shares an enlarged image of the rings that make up a fish’s ear bone as she describes how studying those rings can help determine a fish’s birthplace, migration and exposure to environmental contaminants.
(Photo: Pacific Northwest National Laboratory)

Nims says that it’s also possible to distinguish fish from different hatcheries if they have significantly different water sources. Otoliths also reveal whether hatchery fish use a different habitat from wild fish or have a different diet, offering clues on how hatchery and wild fish interact and compete in streams and in the ocean.

“Some hatcheries use a thermal marking technique to mark the otoliths of their fish with special patterns,” says Nims. “Otoliths can also tell us a fish’s growth rate as a small ring is formed every day. Hatchery fish often grow more rapidly than wild fish and you can see this in the width of their otolith’s rings.”

Hatchery fish can potentially compete with native fish for resources and negatively affect natural populations if not managed responsibly, so accurate methods that indicate how many fish in a given population are from a hatchery are important.

Nims and her team use otoliths to determine whether fish have escaped from a hatchery, whether wild and hatchery fish contribute proportionally to a population in a given area, and whether the majority of adults returning to spawn are of hatchery or wild origin. 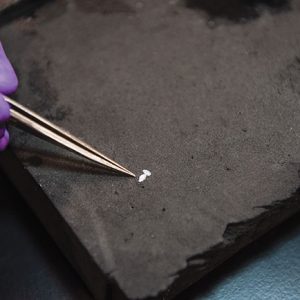 Researchers at PNNL are studying tiny ear bones of fish to learn about their migration. Matching the chemistry of various bodies of water with the chemistry incorporated in the concentric rings that form the ear bones over a fish’s lifetime reveals information about where the fish has been. (Photos: Andrea Starr, Pacific Northwest National Laboratory) 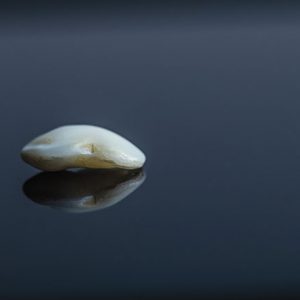 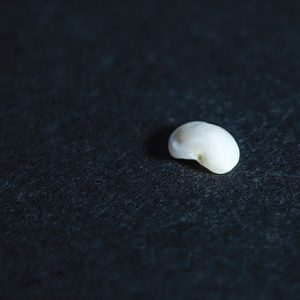 “Once, we found that the majority of fish in a given creek had escaped from a nearby hatchery. Since otoliths are structured like tree rings with a very distinct time structure, we could tell when they escaped,” says Nims. “One important thing when interpreting otolith signatures is understanding the different factors that influence them, like species type, genetics or development. This can help us better understand the uptake of elements and isotopes and contribute to more accurate, detailed assessments.”

Having researched species of concern in the Pacific Northwest, such as white sturgeon and burbot, Nims and her team are currently working with state and tribal agencies that operate fish hatcheries in Washington and Montana.