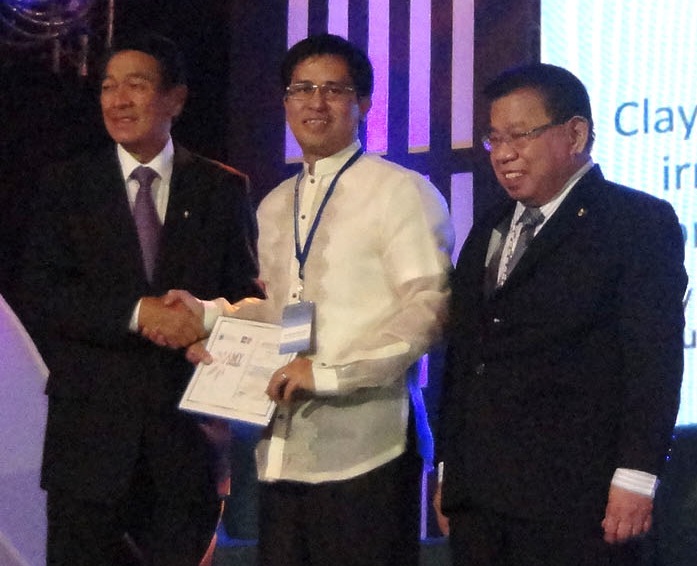 A recent announcement from the University of the Philippines Diliman describes the presentation last October of the 2013 national prize for the Ambassador Alfredo M. Yao Intellectual Property Awards.

The winning paper “Clay microencapsulation of gamma-irradiated Aeromonas hydrophila for fish oral vaccines development” describes a process that improves the efficacy of a fish vaccine through its inactivation by irradiation and the subsequent micro-encapsulation of the antigen in clay. The clay encapsulation protects the antigen so that it is still intact when it reaches the immunization site. The micro-encapsulated vaccine can be incorporated into food pellets to make administration easier.

In his acceptance remarks Dr. Argayosa noted that “the science and technology of the oral vaccine is simple yet promises innovative production engineering and various applications waiting to be explored for animal and human health.”

The A.M.Y. IP Awards program was launched in 2009 to support the development and commercialization of locally-developed intellectual properties – patents, utility models, industrial designs, and trademarks – that can contribute to economic development and social awareness. The vaccine research was funded by the Philippine Council for Aquatic and Marine Research and Development of the Department of Science and Technology (DOST-PCAMRD). International patents are being applied for.