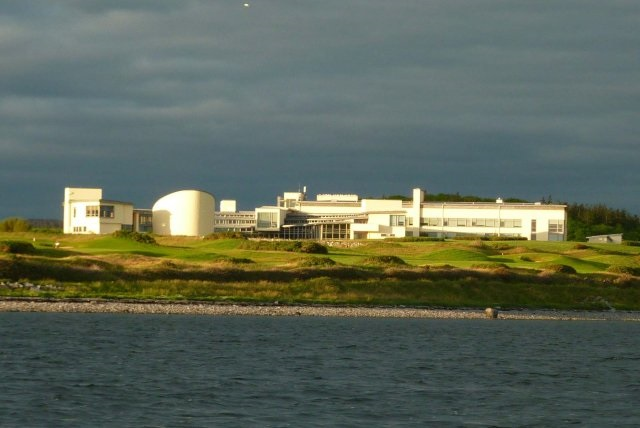 Ireland’s Marine Institute is looking into the viability of employing recirculating aquaculture system (RAS) to raise salmon during its freshwater phase.

The state agency responsible for marine research, technology development and innovation in Ireland has installed a new freshwater RAS at the institute’s Newport Research Facility in Co Mayo.

The four-year research project, SALMSON smolt, is investigating the potential of RAS technology to produce larger Atlantic salmon pre-smolts, according to a recent post in the institute’s website.

The project is funded under the European Maritime and Fisheries Fund Knowledge Gateway Programme and is administered by Bord Iascaigh Mhara (BIM).

“The aim is to produce smolts that are more robust and also reduce the grow-out time at sea to one year.”

Atlantic salmon eggs are laid in fast flowing, rivers. After one to three years the fish reach smolt stage and swim downstream to begin their journey to the sea.

Salmon farming methods simulate the freshwater stage. Early production begins in freshwater facilities for up to one year. After that, salmon smolts are moved to sea-based rearing pens for up to 18 months.

“In many ways, Atlantic salmon farming has incorporated a range of technological advances, however, the production model in Ireland is still based on traditional methods,” said Neil Ruane, aquaculture manager at the Marine Institute. “The adoption of new technologies and innovations will be vital for Ireland to remain competitive and reinforce our position as a producer of quality, organic farmed Atlantic salmon”.

Numerous countries are now using RAS during the freshwater stage of Atlantic salmon farming. RAS enables operators to control critical parameters such as water temperature and oxygen levels. It has helped producers raise larger smolts and reduce the length of time fish must spend in the sea.

The Marine Institute’s RAS consists of eight 5.5-cubic-meter tanks with a capacity of 44,000 litres.

The tanks can produce up to 12,000 Atlantic salmon pre-smolts at a time.

Researchers will observe the performance of the smolts after they are transferred to sea and will be compared with smolts grown in conventional flow-through tanks.