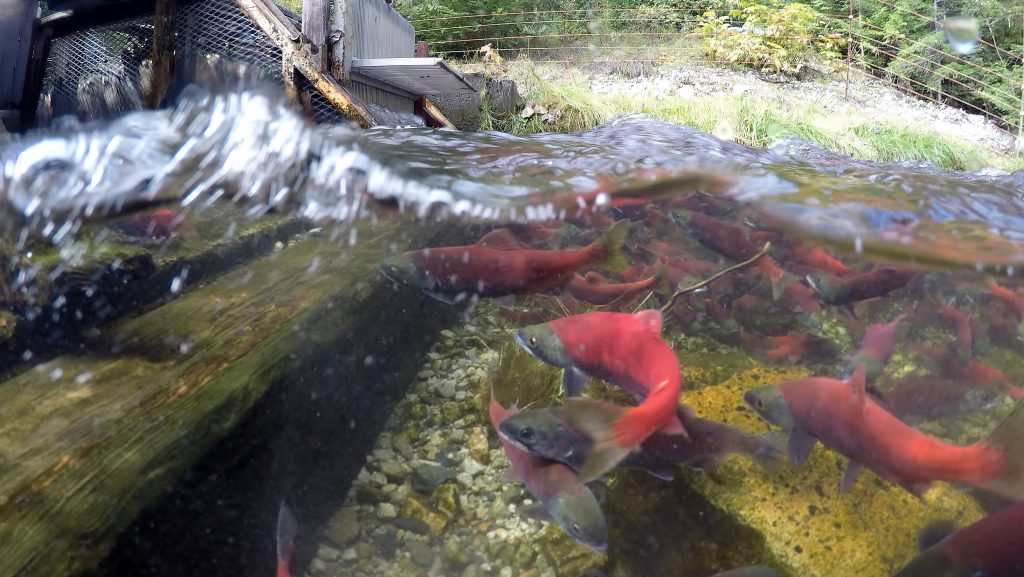 Kokanee salmon is a valued species for recreational fishing. Photo: Genome BC

Genome BC is funding a couple of University of Britisch Columbia (UBC) researchers in a multisector research initiative that aims to boost the population of the threatened Kokanee salmon.

Kokanee salmon has been an important species supporting recreational fisheries both as a sport fish and as the primary diet for other recreational fish such as Rainbow and Bull trouts. The recent collapse of the main wild Kokanee stock used to supplement lakes around North America has amplified the need to identify robust stocks that can thrive in changing environments, according to Genome BC.

“Work from this project is expected to help improve the productivity of our hatchery operations while meeting the growing demand for this species; by conservative estimates the stocking efficiencies and increased licence sales could result in an annual economic benefit of $4.9 million to our province,” said Adrian Clarke, vice-president of science at the Freshwater Fisheries Society of BC.

The project outcomes include the characterization of over twenty populations of Kokanee across B.C. and the Yukon to find stocks tolerant to a range of environmental conditions, a press release from Genome BC said.

Candidate populations that demonstrate these desirable characteristics will be further evaluated on swimming performance and cardiac fitness under extreme water temperatures. The results will inform the development and deployment of genomic resources for enhancing Kokanee productivity and sustainability to help position Kokanee as a “fish of the future”.

“Genome BC’s investment has both immediate and long-term applications,” said Dr. Federica Di Palma, chief scientific officer and vice-president, Sectors at Genome BC. “These genomic tools will inform management practices today and provide tools to maintain stocks for the future.”

The project is funded through Genome BC’s GeneSolve program which seeks to foster applied and translational research by connecting the producers of genomics-driven technologies with its end-users or consumers in BC’s Health, Agrifood and Natural Resources sectors.