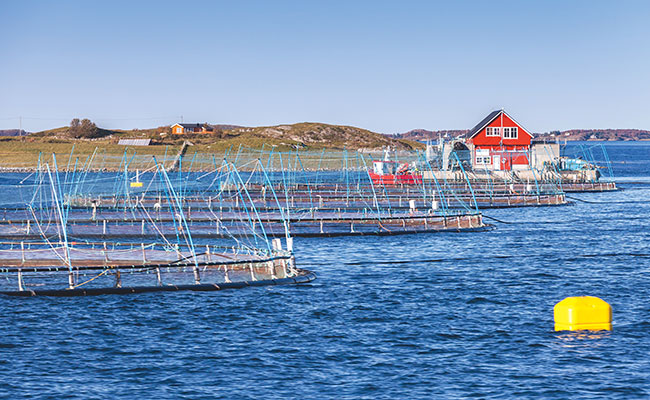 An alliance of First Nations leaders is calling for an immediate end to open net salmon farming in the waters of British Columbia and the adoption of land-based aquaculture.

Sea lice infestation emanating from open net fish farms are destroying wild salmon stocks, according to the First Nations Leadership Council (FNLC). The FNLC is comprised of political executives of the B.C. Assembly of First Nations, First Nations Summit and the Union of BC Indian Chiefs.

“We’ve been watching wild pacific salmon slowly go extinct for decades. While it may take more time to tackle climate change or change how we conduct forestry operations in the province, we know for certain that moving salmon farming onto land in closed pens will have a positive impact on salmon populations. Now we just need to make it happen,” said Robert Phillips of the First Nations Summit political executive.

In October of last year, just a week before the election that would put the Liberals in power, Prime Minister Justin Trudeau unveiled a comprehensive agenda that could transform the country’s aquaculture industry.

He introduced plans for “Canada’s first-ever Aquaculture Act.” The document spelled out the Liberal’s aquaculture agenda to replace open net pens in B.C. with land-based salmon farms in the next six years.

The alliance cited a report published by international aquaculture companies, Mowi, Cermaq and Grieg, which indicated that as many as 35 per cent of salmon farms in the B.C. coast were found to exceed federal government sea lice limits.

Sea lice is particularly found in Pacific and Atlantic salmon and sea trout. Sea lice feeds on the mucus, skin and blood of fish. While the parasite is a major threat to salmon farms, it can also attack juvenile salmon while salmon from the rivers migrate to the ocean. The FNLC also cited an independent study by marine biologist Alexandra Morton that found 94 per cent of sampled juvenile salmon migrating through Discovery Island were infected with the parasite.

“The federal and provincial governments have been taking a piecemeal approach to this problem, with long timeframes for transition to closed containment pens, and only in a few places,” said Terry Teege, regional chief of the British Columbia Assembly of First Nations.

Salmon is central to First Nations cultures and economies in much of British Columbia. Salmon stocks have steadily declined at an alarming rate, leaving some runs functionally extinct, according to the First Nations leaders.

A variety of factors are responsible for the drop in salmon stocks, including overfishing, climate change, sediment from industrial forestry, natural disasters such as the 2019 Big Bar landslide, and the introduction of pathogens including heart and skeletal muscle inflammation (HSMI), piscine orthoreovirus (PRV), and hazardous levels of parasitic sea lice.

“We need a collaborative, cooperative transition to land-based containment with First Nations leading in order to conserve and protect the species vital to our communities,” said Chief Dalton Silver, Sumas First Nation and Union of BC Indian Chiefs Fisheries representative.