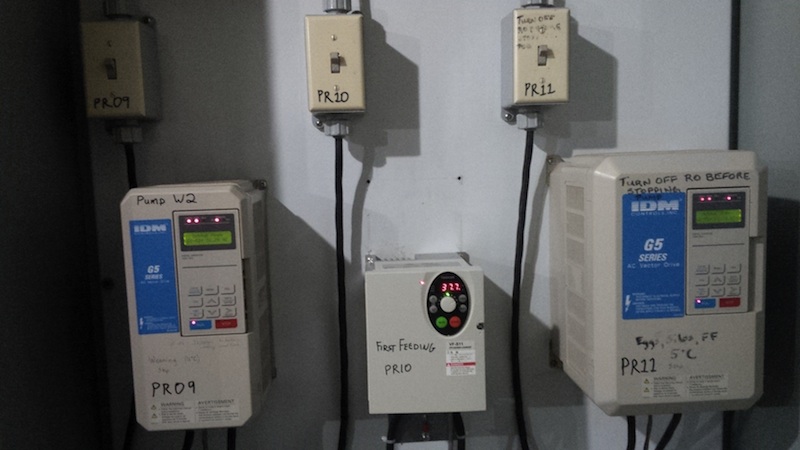 The pitcher plant is an insectivore that lures its prey by the sweet nectar inside.  Its leaves are so slippery that an insect entering the plant will not be able to escape and drowns in the nectar.  But to increase its productivity, it operates inefficiently.  It is estimated that only 70% of ants that enter the plant become a meal for the plant.

The plant is able to turn its trap on and off so that scouting ants will discover the nectar, escape and return to their colonies.  The scout then recruits worker ants to help collect the nectar and brings them all back to the plant, greatly increasing the number of visitors (and meals) to the plant.  In this case, operating at 70% efficiency has resulted in a much more effective plant!

For years, I tried to sell equipment based on efficiency.  Many were interested, few would commit.  The bigger problem they had was not inefficiency, it was ineffectiveness.

Consider for a minute that you have installed the most efficient pump in the world at your hatchery.  Its input and output are almost identical and therefore the pump’s efficiency is almost 100%!  It is rare that any pump operates over 80% efficiency so you’re doing very well!

Unfortunately, the pipe was was not sized properly for your application and you can’t get enough water to the tank owing to friction loss in the long, thin delivery pipe.  The pumping system is ineffective and you are not happy with the pump supplier when ammonia levels in your tank are too high owing to lack of water.  Now, you have to stop feeding and wait.

There are an abundance of such stories where efficiency was a focus of equipment selection, but not of system design.  The end results are (at best) undue limits on the production ability of the system and are often worse.

Another true case involved the use of a geothermal heat pump to heat and cool a circulating loop that in turn was used to heat and cool a fish culture tank.  The heat pump was very efficient.  But, each time that the heat was transferred from one system to the next, inefficiencies added up.  The heat pump motor had an efficiency rating of about 80%.  Transferring the heat from groundwater to the circulation loop was approximately 85% efficient.  Transferring the heat from the circulation loop to the culture tank required further pumping and energy losses.  (Many pump motors are less than 90% efficiency, plus the pumps themselves are often in the range of 70% efficient).

In this case, the heat system efficiency would be calculated as (Total Electrical Energy In/Heat Out) which would work out to higher than 1, but actual conversion of electrical energy to useful heat would be approximately  80%*85%*90%*70% = 43%.  Rather abysmal.  And in that case, the cooling system was unable to achieve the design temperature owing to all of these losses.

Additional equipment had to be added to this system to create effectiveness.

The pursuit of efficiency can often be at odds with the pursuit of innovation.  If efficiency becomes the key parameter, innovation cannot thrive.   Innovation is most readily accomplished by those with inefficiency built into their schedule.  An efficient person in the extreme would have no time or space to consider something new, or something different.

The scientific method requires observation each step of the way.  Any innovation will also begin, proceed, and end with at least one person being “inefficient” (their output will be much less than their input at that given time).

Stop and take time to be in the moment.  Do you feel the feed in our hands as you throw it into the fish.  Do you see the fish?  Do you hear the water falling through the degasser?  Do you see the rhythm of your facility?  Do you recognize the scouting ants vs the worker ants?

Efficiency is cold and detached

Efficiency belongs in engineering, not in husbandry.  Trying to measure the efficiency of husbandry creates a focus on reducing inputs and increasing outputs in the short term.  Husbandry needs to consider quality of output, something rarely found to be consistent in aquaculture as it might be in production of inanimate objects.  That is why we grade fish.  The outputs are variable.  Husbandry must stand apart from efficiency and must bring nurture to the table.

Of course, we all need to increase our margins, and one could argue that efficiency is the way to do this.  The point being made here is that efficiency is too narrow, too internally focused, and too short-sighted of a measurement to be widely applied as the band-aid to solve every problem.  Remember the pitcher plant and embrace some inefficiency.

Philip Nickerson, B.Eng. is the Technical Manager and Engineer for Scotia Halibut Limited in Nova Scotia, Canada. He also owns and operates an aquaculture design and operations company – Aqua Production Systems Incorporated. To continue discussions from the article, contact him at: philipnickerson@gmail.com