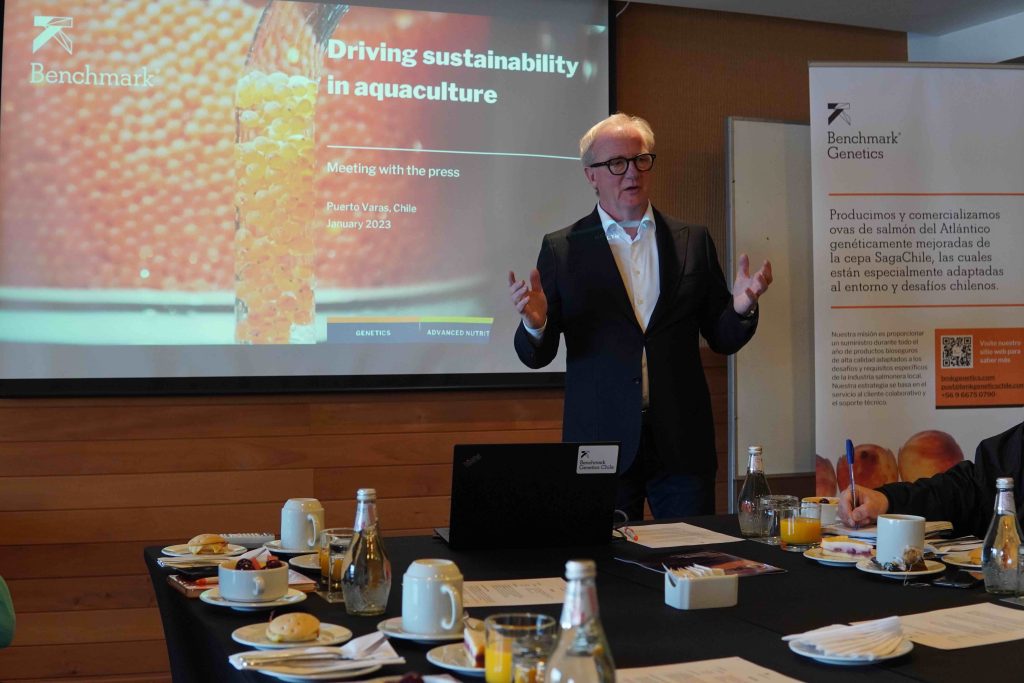 In line with the recent establishment of Benchmark Holdings in Chile, on Jan. 10, the company presented in the South American country the group’s financial results for 2022 while also revealed some of its future plans.

With an increasing income along the past years, the company totaled £ 158 million in revenues in 2022 which represented a 49 per cent increase compared to the 2020 results. The group -composed by three divisions (Genetics, Advanced Nutrition, and Animal Health), also reported a loss before tax of £ 23.2 million last year, in part due to an increase in depreciation principally related to the leased vessels used in the CleanTreat delousing operations.

However, the CEO Trond Williksen believes 2023 will be a turning point. “We are working very hard to get the company on the positive bottom line. We are on a good journey to do that but first we need operations that work and obtain earnings. That progress has been very central to us, but we are on a good path to also make the bottom line positive this year,” he said.

Regarding the Benchmark Holding’s listing at the Euronext Growth Oslo on December 15th, 2022, he explained that as an aquaculture company, they are moving the listing to Oslo because that city is the epicenter of aquaculture listed companies. “We think that’s beneficial for the company and what we did just before Christmas is the first step in our process. We’re aiming to be main listed in Oslo because that will bring forward the values and understanding of the company in a better way than to be listed in London. We’re not doing it to be a Norwegian company. There will be Norwegian people there, but we are truly an international company,” he commented.

Finally, he explained that although the group raised about NOK 158 million (USD ~16 million) in this stock exchange operation, it was not intended to obtain equity capital. “We raised the money required to get the liquidity in the share that is needed in order to fill the requirements to be on Euronext Growth,” he said.