The previously secret species behind the development of a new live feed for use in marine hatcheries was finally revealed at a major innovation conference in London as none other than the humble barnacle. 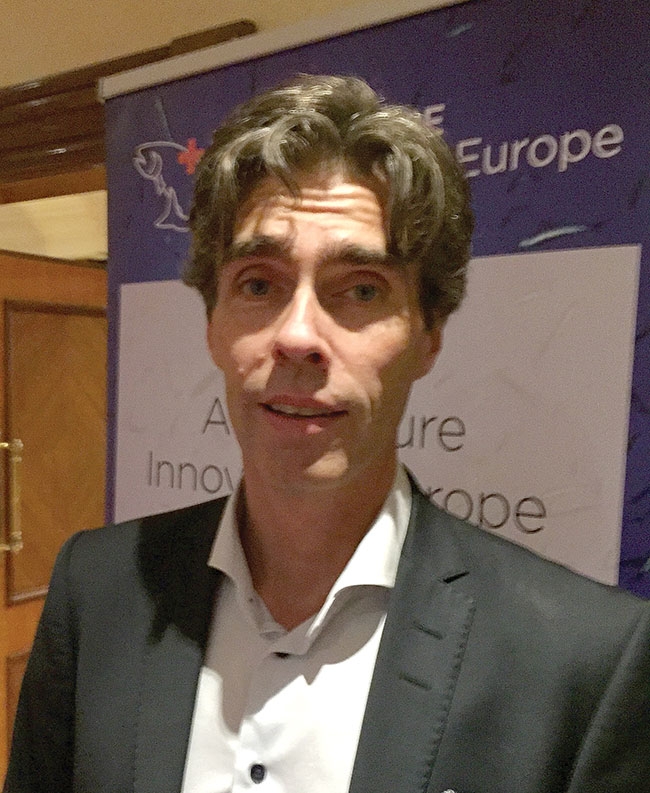 That’s the mystery item on which Norway’s Planktonic AS is basing its production of cryopreserved nauplii, creating a live marine hatchery feed alternative to rotifers or artemia.

“We were looking for a marine zooplankton which could be successfully cryopreserved, giving producers a new feed source which they could bring back to full life for use within a hatchery environment,” Rune Husby, CEO of Planktonic, told Hatchery International during the Aquaculture Innovation 2018 conference in London.

“The challenge was to find a species which could survive extremes of temperatures and the barnacle has proved to be perfect, even though it has previously been viewed as essentially a problem species, to be got rid of.

“Actually, its great quality is that it survives temperatures as low as minus 30 degrees Centigrade in the winter in Norway while also being able to cope with up to plus 30 degrees in the summer. They are clearly very tough creatures with their own natural anti-freeze properties and are just right for commercial cryopreservation.”

Planktonic has been talking about its live feed product throughout the past year, presenting it as the world’s ‘first’ live marine feed alternative to artemia and carrying out feeding trials on bass and bream farms throughout Europe.

In addition to finally revealing its product source as the barnacle, announced during Aquaculture Innovation 2018, Husby said the company is now ready to ‘ramp up production in a cost-effective way.’ This will include building output capacity around the world.

“We already have patents covering the use of cryopreservation techniques in relation to barnacles in 16 European countries, with many others pending,” he said, adding that Planktonic’s production model has the potential to be developed on a global scale.

This will involve setting up growing and harvesting units in many different countries, along similar lines to those used by mussel farmers. Barnacle spat will be collected, grown and harvested, with cryopreservation then being used to create a ‘frozen’ live feed for delivery to hatcheries.

According to Planktonic, all the farmer needs to do once the product is delivered to a relevant hatchery, is to allow the cryopreserved feed to thaw until the nauplii resumes normal swimming activity. It’s then ready for use as a live feed.

They both also showed improved resistance against vibrio, while bream had an improved stress tolerance, and bass recorded improved survival rates.

Although the company’s feed production output to date remains limited, coming in at less than 10 tonnes in 2018, Husby said the business is well funded and ready for expansion. This is based on current backing by Invest in Norway, the EU’s Horizon programme and 20 private investors, totalling more than EUR 5 million, alongside the company’s own 2017 income of EUR 1.5 million.