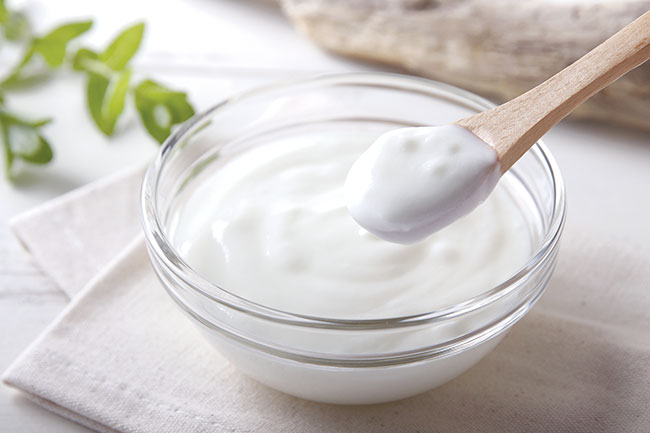 Looking for a cheap partial substitution for algae concentrate in the diet of juvenile oyster diet has led a research team from Memorial University of Newfoundland to look at yogurt.

The study, called “The feasibility of yogurt as a partial substitution of microalgae for the eastern oyster (Crassostrea virginica) juvenile,” substituted 25 per cent microalgae diet with yogurt.

Researchers found that yogurt met the proper conditions for partial microalgae substitution. It has a small particle size, is in paste form, rich in protein and lipid, and cheap.

In their poster presentation at Aquaculture Canada 2019 in May, Yota Kano, Cyr Couturier and J. Nichols explained that although there were not significant differences between diet groups, the 25 per cent microalgae substitution group showed “a similar growth and condition index to the control group, and had higher survival rate.”

Previous studies identified microalgae powder, cheese whey and sea urchin feces as substitutes that can replace 25 to 75 per cent microalgae in diets of juvenile oysters.

“A Japanese researcher successfully produced clam seeds by substituting algae paste with yogurt. He has a patent for the methodology of producing the clam seeds using yogurt. We thought it might work for oysters, and tested it in this study,” Kano told Hatchery International.

Microalgae is the main diet of bivalves. Seed production, however, is constricted by the high cost involved in the production of live microalgae, causing bottlenecks in seed production. An option is to go for commercial concentrated microalgae but this, too, is expensive, the authors said. Another option is to look for a cheap substitute.

The algae concentrate used in the research cost about $50 per quart. The yogurt, which cost about $3.70 per kilogram., was plain with two per cent fat and did not contain preservatives and chemicals, he said.

The control diet had 100 per cent commercial algae paste. The trial diets had substitutions of 24, 50 and 75 per cent yogurt.