Features Sustainability
We can eat our fish and fight climate change, too

February 26, 2021  By Philip A. Loring and Ratana Chuenpagdee 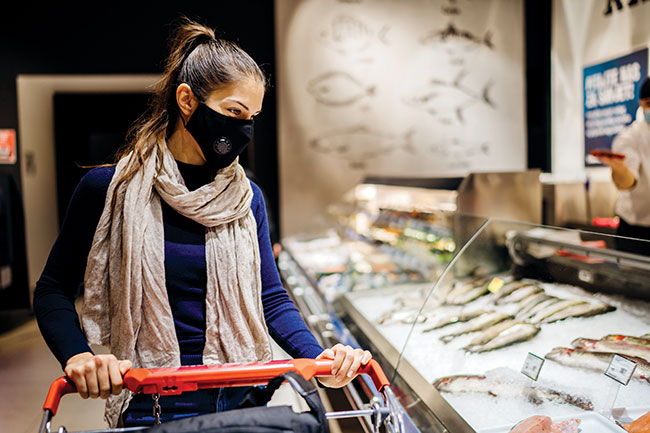 Kwan Phayao, a large crescent moon of a lake in Northern Thailand, is home to about 50 fish species, several hundred small-scale farmers and fishers, and the city of Phayao, where 18,000 people live.

The lake has always been important to local people for fishing, but today, the lake’s fisheries are at the centre of the local economy and food system.

Fish are a highly nutritious and, in many cases, a very sustainable source of protein. Following the release of the latest climate change report by the International Panel on Climate Change (IPCC), many are talking about reducing their meat — and therefore protein — consumption. For some reason, fish and other seafood are repeatedly left out of conversations about how to build more sustainable and climate-friendly food systems.

Closing the loop
We are both part of Too Big To Ignore, a global partnership dedicated to raising awareness of small-scale fisheries around the world. During a recent conference in Chiang Mai, Thailand, we visited a small farm in the northern region of the country that successfully connects production of rice, vegetable crops and fish in a near-closed loop.

The farm is run by a local known as Uncle Plien. He follows Thailand’s “sufficiency economy philosophy,” a system of sustainable development conceived by the late Thai King, Bhumibol Adulyadej. The philosophy emphasizes long-term benefits over short-term gains, and puts values such as moderation, prudence, honesty and the application of local knowledge at the fore.

Facing a difficult drought in the early 2000s, Plien decided to diversify from fishing. He built a farm that grows rice and vegetables and uses locally-grown aquatic plants and rice to feed his fish and frogs. Much of what he raises is for home consumption, and the excess is sold to local markets.

It’s a modest farm, roughly four acres in size, but Plien reports earning roughly US$10/day year-round from his land, which he harvests daily with his wife, who is in charge of the marketing. He also operates the farm completely debt-free and provides the basic food he needs for his family. Both of these outcomes are virtually unheard of in North America.

Climate-friendly fish
Kwan Phayao is just one example of many that illustrate how small-scale fisheries and aquaculture can be key to our collective future. Globally, fish is among the most consumed and traded foods in the world. It represents about 17 per cent of the animal protein consumed globally. For people in small island nations and the Arctic, fish can account for as much as 80 per cent of the protein being consumed.

Fish are also a crucial and accessible source of Omega-3 fatty acids, vitamins and minerals, especially for the world’s poorest people. Sardines, for example, are highly nutritious and hugely important to food and nutritional security for millions of people in Africa.

Fish, in general, have a much lower carbon footprint than agricultural protein, making them a viable alternative for people looking to reduce their carbon footprint. Sardines and other small pelagic fish could therefore be key to developing more sustainable and climate-friendly food systems.

Currently, sardines are mainly used for animal feed and fish oil products. While start-ups and agribusiness giants are clamouring to develop insect- and lab-based proteins, sardines offer an existing alternative that, if developed in a way that empowers local fishing communities and redirected for human consumption in Europe and North America, could help reduce emissions and lift people out of poverty. 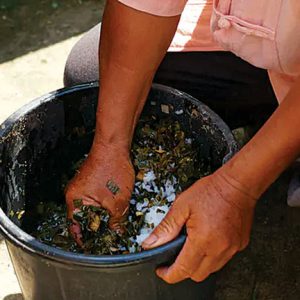 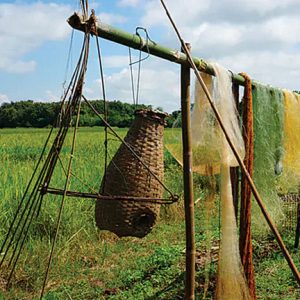 Toward sustainable fisheries
Globally, we have made great strides in making fisheries more sustainable. In 2014, the United Nation’s Food and Agriculture Organization (FAO)‘s 194 member-states endorsed guidelines for the protection of small-scale fisheries that emphasize human rights, social justice and environmental sustainability.

Additionally, more than 25,000 seafood products are labelled by the Marine Stewardship Council (MSC) as sourced from sustainable fisheries. (The transparency, accuracy and social impacts of the MSC process is debated, and much work remains to be done.) But there is momentum: if we invest in small-scale fisheries, and commit to reforming currently overfished stocks, we can increase wild harvests and food security, improve conservation outcomes and empower small-scale fisherfolk, including women.

There are multiple dimensions of environmental and human health that need to be considered when looking at the sustainability of food production, from carbon to biodiversity, dietary preference to social justice.

Philip A. Loring is an associate professor and Arrell chair in food, policy, and society at the University of Guelph in Ontario, Canada.