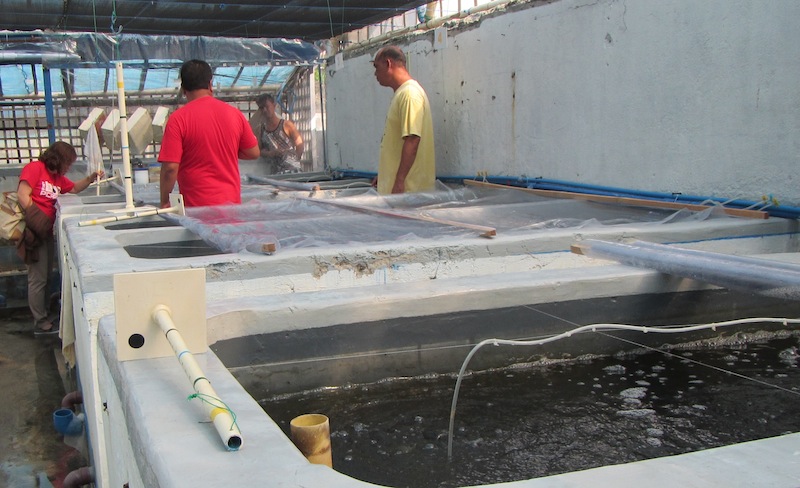 The Philippines is currently the world’s second largest producer of mud crabs, but it needs to quadruple the number of its hatcheries to sustain growth, according to an official of the Southeast Asian Fisheries Development Center/Aquaculture Department (SEAFDEC/AQD).

The future of mud crab production, considered to be one of the Philippines’ “sunshine industries,” hinges on two key factors: Quinitio identified these as management of the remaining wild population and strict enforcement of existing provincial/municipal ordinance on the collection and transport of crablets less than three centimeters.

Quinitio said that the number of hatcheries is expected to increase since many in the industry are already aware that the volume of wild-caught crablets has significantly decreased through the years.

At the same time, some prospective investors opt to take a wait-and-see stance because hatchery operations are not yet as profitable compared to, say, shrimp hatcheries because of inconsistent survival rates.

To address these concerns, SEAFDEC/AQD provides free training and technical assistance, through funding of the Philippine Council for Agriculture, Aquatic and Natural Resources Research and Development of the Department of Science and Technology (PCAARRD–DOST), to interested hatchery operators and other stakeholders.

“This showcases complete technology packages that are basic inputs to business in hatchery, nursery and growout of various commercially important aquatic species including mud crab,” she said.

For its part, the Philippine government provides funding for mud crab projects in S&T, pilot testing and commercial scale, she said. PCAARRD-DOST has funded the National Mud Crab Science and Technology Program being implemented by SEAFDEC/AQD, University of the Philippines – Visayas and Diliman, and De La Salle University to develop technologies, refine the existing technologies in all phases of culture and to reduce the dependence on the supply of wild caught crabs.

The government also Implements and enforces ordinances to manage and conserve wild populations.

Based on the most recent available data provided by SEAFDEC/AQD, production of mud crab from aquaculture in 2013 totaled 15,794 tons valued at P4.8 billion (approximately US$103 M). Production for the next five years is projected to be 20,000 tons annually.

At present only about 10% of Philippine crablets are sourced from hatcheries. Most are wild-caught.

Sourcing crablets from hatcheries offers a lot of advantages for farmers, Quinitio said.

There is all-year availability because breeding in the hatchery is throughout the year. Meanwhile, there has been a reduction in wild population extraction/collection.

With more uniform size of crablets for stocking, there is availability of desired size and quantity, and since crablets are screened for diseases, the mortality rate is lower.

SEAFDEC/AQD, in collaboration with the University of the Philippines -Visayas and PCAARRD–DOST, hosted the First National Mud Crab Congress at Iloilo City in November 2015. The event provided the platform to discuss the present state of the industry, latest developments and technologies, issues and researchable areas.