As global aquaculture production continues to increase, demand is surpassing supply of fishmeal from capture fisheries. Researchers are now looking at plant-based alternatives to meet the growing demand for protein feeds. 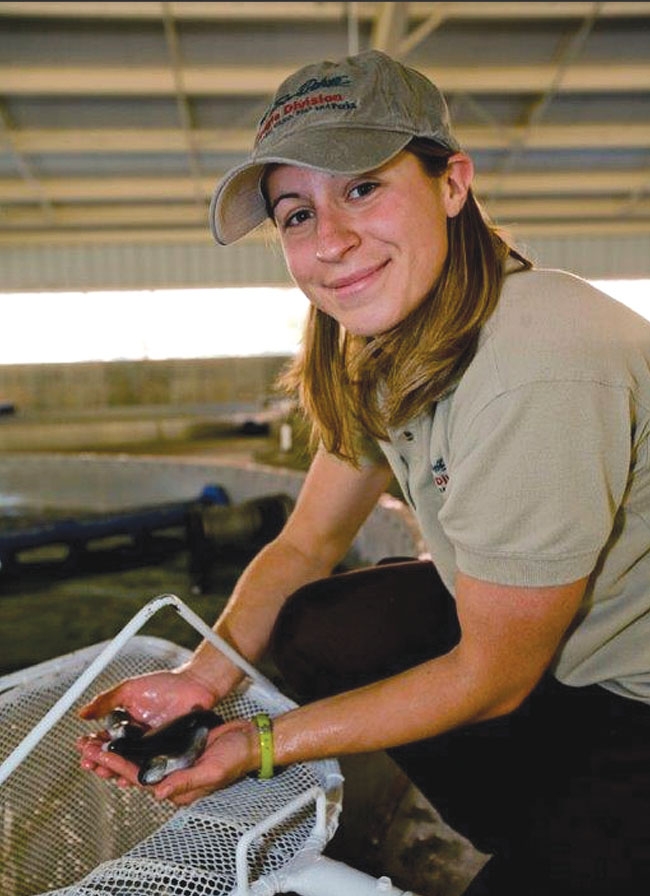 A study in South Dakota, U.S.A., is investigating how alternative protein inclusion ratio may impact the response of fish forced to exercise.

“When fish are fed to satiation, exercise produces improved growth and feed conversion ratios. However, if feed is limited, growth can be impaired at higher velocities. The interaction between dietary composition and exercise has not been investigated.”

Until the publication of this study in October 2018 in Animal Nutrition, there had been no published information on how the replacement of fishmeal with plant-based proteins may impact the response of fish forced to exercise by being subjected to higher water velocities.

Despite soybean being one of the leading plant-based protein alternatives to fishmeal, its meal inclusion in carnivorous fish aquafeeds has been limited. It contains anti-nutritional factors that hinder fish digestion and has high carbohydrate levels, which are harmful for carnivorous fish.

Conservation
“By sparing fishmeal, the use of bioprocessed soybean meal can help in the conservation of marine food webs and animal populations.”

He explained that soybean meal’s anti-nutritional factors can be decreased, if not eliminated by applying heat, alcohol extraction or bioprocessing such as fermentation.

In terms of costing, how much could be saved by using BSM as a fishmeal replacement?

“This is a difficult question to answer because prices are continually changing, but in general, high-quality bioprocessed soybean meals are currently cost-competitive with fishmeal and will become even more so as processing efficiencies improve.

“In addition, soybean meal markets are generally more stable than those for fishmeal,” he said.

Bringing down cost
Halfway around the world in Africa, research is focusing on the cost-efficiency that alternative protein could bring.

In Cameroon, E. Miégoué et al from the University of Dschang conducted evaluated the effect of substituting fishmeal with Lima bean flour on growth performance, survival rate and feed cost of African catfish Clariasgariepinus. They recommended a 75 percent ration.

The cost of imported feeds is high. Locally, certain ingredients are unavailable, with fishmeal as the most expensive ingredient, which led the authors to look for total or partial alternative plant-based protein.

They looked into the potential of Lima bean, one of the least-used legumes in Cameroon, because it has an amino acid profile similar to that of common beans.

With focus on costs, the authors said incorporating 75 percent ration of Lima bean flour into the feed increases the growth performance of African catfish and reduces the cost of food production.

Performance
Weight gain, average daily gain and specific growth rate of fish fed containing different levels of Lima bean meal were significantly comparable to that of fish receiving the control diet, with the exception of fish fed with the 100 percent ration diet.

The highest survival rate was recorded with the group fed with the 50 percent ration. It also demonstrated the best characteristics.

Looking at the bottom line, though, the feed containing 75 percent Lima bean flour is the most “bio-economically efficient.”

Results showed the survival rate of Clariasgariepinus fry was not significantly affected by the substitution rate.

Survival rates varied from about 94 to 98 percent, indicating there was no significant impact from different Lima bean flour substitution ratios.

The study also hopes to spark interest among agricultural farmers to culture Lima bean, which has been overlooked due to scant awareness of its nutritional potential.

“This research work has been initiated with the global objective of contributing to the development of alternative sources of protein in the diet of fish,” the authors said.