Grayling Fish Hatchery owner and operator Dan Vogler confirmed recently that state regulators have (again) approved the expansion of his hatchery situated on the banks of the Au Sable River in Michigan. Vogler started leasing the former state-operated hatchery in 2012 and two years later obtained a state permit for an expansion planned for 2016. Opposition to the project created a delay, but a modified permit will enable Vogler to proceed. 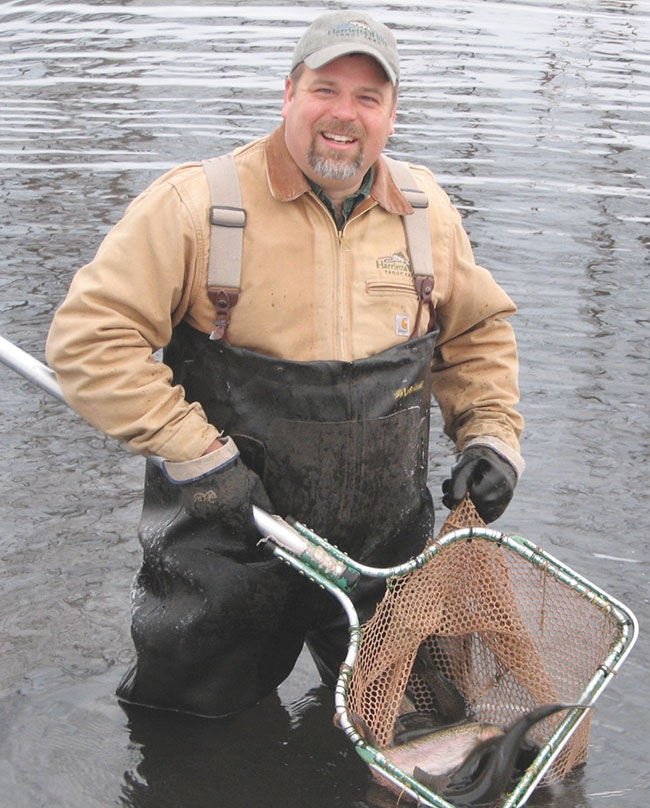 This means that he can now work towards boosting output of rainbow trout from his Harrietta Hills Trout Farm from 70,000 to 300,000 lbs a year.

The Michigan Department of Environmental Quality (DEQ) modified the earlier (2014) version of the permit. Director Heidi Grether said in a statement that the agency carried out “a careful, thorough and comprehensive review of the case.” She also noted that a state administrative judge supported Grayling in a legal battle with opponents to the expansion.

Regular testing of the hatchery water for whirling disease (WD), testing sediment downstream for the disease, installation of areas in the raceways where fish waste will settle and be vacuumed out, and testing for ammonia and dissolved oxygen will provide additional protection to the streams and are now required under terms of the permit.

Despite this modification, Anglers of the Au Sable, the Sierra Club and other opponents continue to object to the permit because of concerns that whirling disease could contaminate the trout streams.

Vogler called the decision “a major vindication for us and our operation….This is a pretty clear indication that the DEQ has determined, through all the court decisions, all the studies … that our operation at Grayling is sustainable and can be done in an appropriate way.”