The U.S. Fish and Wildlife Service (USFWS) has announced that Kerry Graves has been selected as the USFWS’s 2018 Supervisor of the Year in the Southwest Region. Graves manages Tishomingo National Fish Hatchery in Tishomingo, Okla. 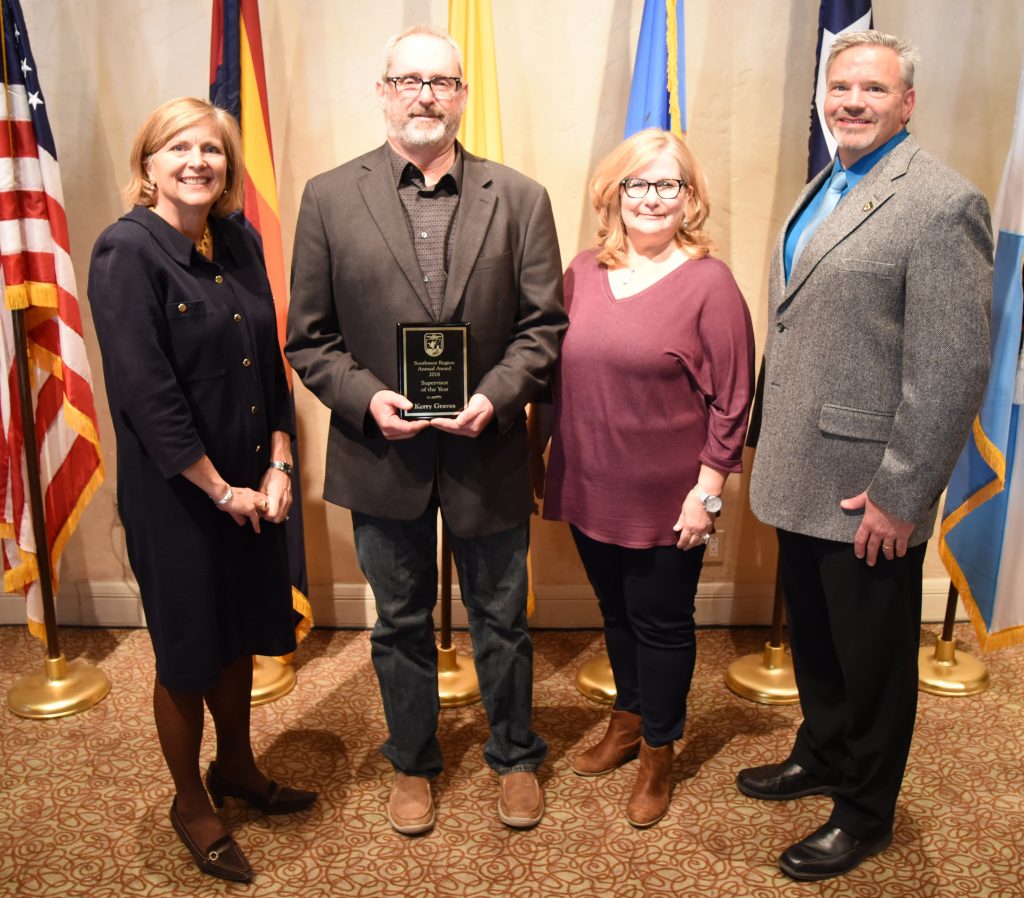 Graves received the accolades at a formal ceremony in Albuquerque, N.M, for his steady leadership in fisheries conservation. For 23 years, Graves has led conservation endeavors at the federal fisheries facility. He guides daily operations, led large construction projects, managed personnel, and spawned and raised fish species important to anglers and to conservation, the USFWS said in a release.

Graves has steered culture of some of the largest species found in North America: paddlefish, alligator gar, alligator snapping turtle, as well as federally threatened or endangered fishes such as leopard darter and Arkansas River shiner.

“Receiving this award is a great honor,” Graves stated. “Knowing that I was nominated for the award by the people I supervise makes it even more special.”

“Kerry is most deserving of this honor,” said Stewart Jacks, assistant regional director of Fish and Aquatic Conservation. “He’s a mentor to many, and has a sphere of influence in public administration and conservation beyond the boundaries of hatchery.”

Tishomingo National Fish Hatchery is one of 70 such facilities found across the United States.

The USFWS says its mission is working with others to conserve, protect and enhance fish, wildlife, plants and their habitats for the country.