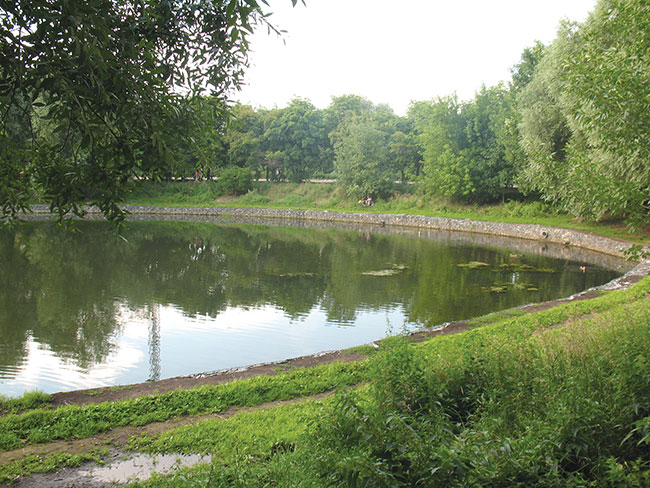 Some ecologists blame the fish farms in the ponds for the recent floodings in Ukraine.

Fish farms have been among the businesses that were negatively affected by the floods of an unprecedented scale that captured nearly half of the Western Ukraine. The state of emergency has been declared in seven out of 27 regions of the country as 2,000 houses were damaged, 7,000 households affected and there was a blackout in as much as 163 settlements.

This is believed to have been the strongest flood in Ukraine in the past decade, and one of the few that caused human losses. Surprisingly, some local ecologists believe that fish farms are to blame.

This problem traces its roots to the Soviet time, when all households and all collective farms were authorized to establish a lake or a pond on its territory without any special permission, commented Oleg Peregon, spokesperson of the local environmental protection organization Green Front.

Quite predictably they began to interfere with the natural distribution of rivers in the country, Peregon said. Soon enough, some of these water bodies began stagnating and the only reasonable solution was to start breeding fish to clean them up, he explained.

Now, there are hatcheries in the country breeding silver carp (Hypophthalmichthys molitrix) and Chinese carp (Cyprinus carpio) so that the numerous water bodies abandoned since the Soviet times would not turn into swampland completely.

The government gives money to hatcheries to breed those fish species, but this turns out to be a “black hole” since these fish species are not willing to reproduce in the local waters, Peregon admitted. It is believed that at some point the authorities would have to abandon this project, since the recent floods show that the irrigation system in the country is not getting better.

In addition, there are reports stating that dozens of fish farms were either destroyed or damaged by the recent floods, with fish found lying on the banks in numerous regions.

In particular, a dam failure resulted in the destruction of the Baltsky Fish Cooperative in Odessa Oblast, with fish ending up at the neighboring fields, said Andrey Dolishuyk, spokesperson for the company. Baltsky has been running its farm for seven years and now “everyone is shocked and have no idea what to do” as business is ruined, Dolishuyk added.

Hatcheries in Ukraine are generally doing well, commented Petro Kornelyuk, spokesperson of the Dnepr Hatchery. In the past five years the government ordered fish fry to be released in the Dnepr River, which were not happening during the previous 20 years. The floods are a real disaster, and some farms are destroyed, but they should not affect the hatcheries over the long run and should not cause any change in government policy in the area of recreational activities, Kornelyuk added.