The UK energy supplier, Scottish and Southern Energy Plc (SSE), recently completed a £750,000 salmon hatchery investment in Scotland to honour its commitment to ensure that its hydro schemes don’t result in the reduction of local wild salmon stocks. 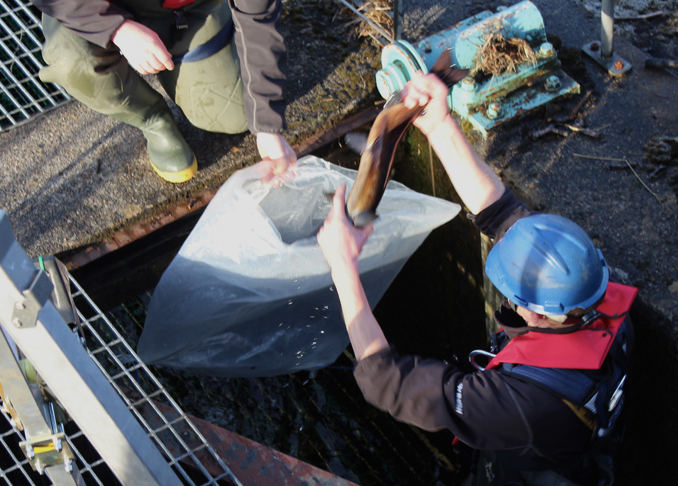 The company’s new hatchery, which is located at Contin in Easter Ross, is equipped to accommodate three million eggs at a time, all of which are taken from wild salmon females which are caught in the company’s fish traps, sited close to hydro dams.

The eggs are then fertilized with sperm from males which are also caught in the traps. Fertilised eggs are taken to the Contin hatchery for holding until they’re ready for transfer in the spring to carefully prepared river-bed sites.

The trapping and hatchery ‘detour’ is necessary to address the fact that hydro schemes, first built in the River Conon area 60 years ago, effectively destroyed traditional spawning beds in upriver tributaries.

According to an Act of the UK Parliament, dating from 1943, the various power companies operating the relevant hydro schemes over the years have been required to ‘avoid, as much as possible, injury to fisheries and to stocks of fish in any waters affected by hydro developments.

As such, a hatchery system was first put in place at least 50 years ago by the power companies which originally built and ran the hydro network. The new hatchery, now owned by SSE, is therefore the latest modernisation of a very long-standing ‘helping-hand’ for the area’s wild salmon.

“We have a legal and, I would say, moral obligation to look after the salmon here as their natural spawning grounds were affected by dams we put in the 1950s,” said SSE’s Marine Biologist Alastair Stephen, adding that salmon are an iconic part of the Scottish wildlife, bringing huge socio and economic benefits to the area.

“That’s why SSE has invested so heavily in the new hatchery building, replacing the former unit which was getting past its sell-by date.”

SSE sees the new hatchery as a way to help ensure that eggs from between 1,000 and 1,500 salmon can be successfully incubated each year.