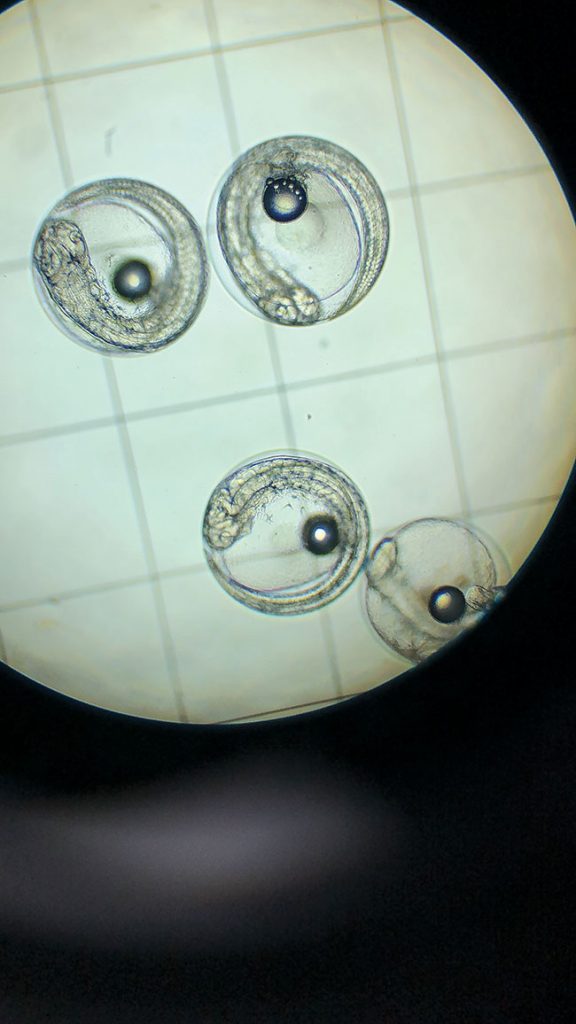 Bluefin tuna are a viable commercial species that command great prices, such that wild populations are overexploited to supply the lucrative sushi and sashimi markets. The Pacific bluefin tuna (Thunnus orientalis) population, for example, is now just about three per cent of what it was when records started (circa 1930).

Now, one U.S. firm is developing solutions to bolster the bluefin supply and remove limitations for closed-cycle bluefin farming in North America. Based in San Diego, California, Ichthus Unlimited (IU) LLC began as a consulting firm in 2005 to serve the needs of a UK/Canadian/Japanese venture in La Paz, Mexico. The company has since reached milestones in solving several key challenges with bluefin farming. The company successfully developed a hatchery technology for bluefin, eliminating reliance on wild-captured fish to stock net pens. It has also replaced baitfish feeding with sustainable tuna feeds, which use renewable, nutritious ingredients.

“Current tuna feeding practices worldwide are unsustainable and can result in the collapse of natural fisheries,” says IU president Alejandro Buentello. “As a premium feed company, we incorporate novel agricultural raw materials into our feed and have over 50 different ingredients. IU’s diets have been successfully tested and validated in commercial and laboratory settings.”

In addition to feed, and with a pilot level hatchery about seven miles from the coast in Miramar, San Diego, IU is now planning to build a commercial hatchery closer to the ocean in San Diego.

Hatcheries are key
Since the U.S. does not allow the establishment of finfish farms in federal waters, IU’s cages will be deployed at its concession site in Coronado Island in Baja California, Mexico. From there, around 20 miles from its current hatchery, fertile eggs will be collected following summer spawning events. If necessary, spawning can be induced in bluefin that are more than three years old with slow-release implants of a gonadotropin-releasing hormone agonist (GnRHa).

Although implants may be used to induce final ovulation and spermiation, Buentello believes that these will be seldom required as IU’s patented technology can create suitable conditions for natural maturation. Only larviculture will be conducted in land-based facilities.

“Our hatchery protocols last (approximately) 30 days before juveniles are transferred to nursery cages. However, this year, we have developed novel applications that allow us to keep them safely in tanks for over five months,” says Buentello.

Four phases have been planned for the commercial hatchery to attain a maximum production of approximately two million juveniles per year. Plans are also underway to sell advanced juveniles to maximize adaptation to marine conditions in northwest Mexico and southwest California.

With the tuna ranching industry constrained by a stringent quota system that limits the number of wild fish that can be caught for stocking in ocean cages, Buentello believes that hatchery-produced bluefin will have significant appeal to tuna farmers.

“Tuna ranching relies on wild-captured fish for the stocking of net pens. This adds to the already massive fishing pressure on wild populations,” he says. “Hatchery-reared tuna will not only make it possible to stock cages without fishing but can also be used as a stock enhancement strategy to empower wild populations to rebound more rapidly.” 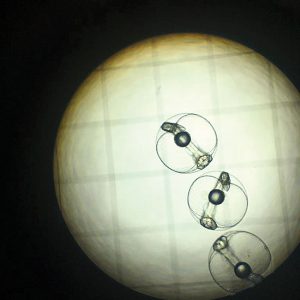 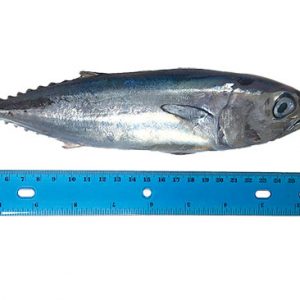 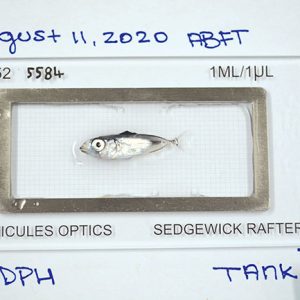 Stringent biosecurity
The pilot level hatchery currently operates on private land at Biosafety Level 2 (BSL-2) because it’s designed to conduct research on Pacific and Atlantic bluefin, as well as on yellowfin tuna and other scombrid species. In contrast, the commercial hatchery will only raise Pacific bluefin, which is endemic to the area. The Birch Aquarium, Scripps Institution of Oceanography, California State University Fullerton and NOAA’s Southwest Fisheries Science Center are all collaborating with IU with their own bio-containment protocols, says Buentello.

“The commercial hatchery will be enclosed in a concrete warehouse and operated under strict quarantine conditions,” he says. “Water exchange will be minimal, and drainage will be filtered through (an approximately) 200-micron mesh followed by chlorination (sterilization) and de-chlorination before being emptied into the city sewage system. Only fish that meet the highest genetic and health standards will be used to stock net pens or for future stock enhancement efforts in collaboration with NOAA. Facility access will be restricted, and personnel will wash and disinfect before and after entering or leaving the facility.”

Sustainable feed
IU’s feed will be key to the early growth stages to increase survival and eliminate nutrition-related deformities commonly observed in larval/juvenile tuna. The formulated grow-out diets have also shown a significant decrease in feed conversion ratio (FCR) from 28:1 to 4:1. As of November 2020, the FCR currently approaches 2.5:1 under laboratory conditions.

“Feeding large quantities of wild-caught species like sardines, mackerel or herring is environmentally unsustainable,” says Buentello. “Tuna farmers in Mexico, for example, use locally-available sardines but these aren’t enough to get through a complete fattening season and sardines have only about 10 per cent fat, whereas other species such as herring have up to 20 per cent fat in the peak of quality (before spawning).

“Herring is what the farmers want as a finishing diet, so an uncanny amount of frozen herring is dumped into southern California waters. The farmers also feed blindly, three times a day with no clear assessment on the fish’s immediate response as diving and the use of underwater cameras for feed monitoring is only sporadically conducted. Feed mismanagement using baitfish and the drifting of baitfish outside the net pen are major factors influencing the substantial FCR (28:1), not to mention the significant environmental impacts.”

Not only is IU’s diet more cost-effective but it’s also available at premium quality year-round. Based on natural, sustainable, scalable and renewable ingredients, these diets are nutritionally complete for tuna and offer several logistical advantages over baitfish. These advantages include handling of less tonnage, reduced cold-storage periods and a significantly reduced carbon footprint on boat operation, as well as preventing pathogen transmission and offering better management options. Because the buoyancy of the particles is controlled, observing fish behavior is easier, while uneaten feed can be retrieved and re-offered later on. 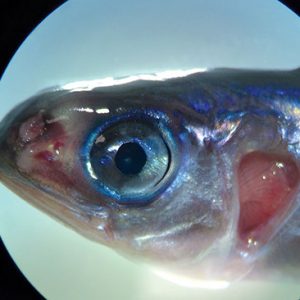 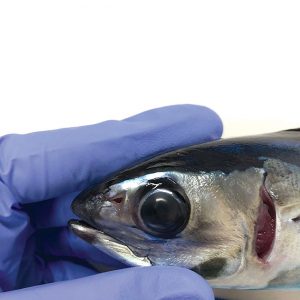 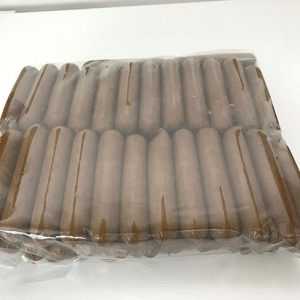 Future development
IU’s vision is to contribute to sustainability and permanence in tuna farming by continuing its work to solve many of the challenges that limit the industry’s full potential. Coupled with other developments such as responsible stock enhancement efforts and strong genetic monitoring, Buentello believes that IU can restore a critically overfished population.

“The solutions are simple and the scientific knowledge we now have is strong enough to get those solutions started,” he said. “We have developed some very interesting applications that enable us to keep bluefin for much longer in land-based settings. If we can release them at a certain size, their survivability rate increases greatly.”

“Through strategic partnerships with pet food manufacturers in southern California and Spain, we have structured asset-light investment options with great potential margins and significant upsides,” he said. “We are ready with vetted information including agreements to buy and sell, financial models, market analysis, provisional patents, customer description, pricing structure, de-risking options and due diligence level documents which can be made available to serious investors.”