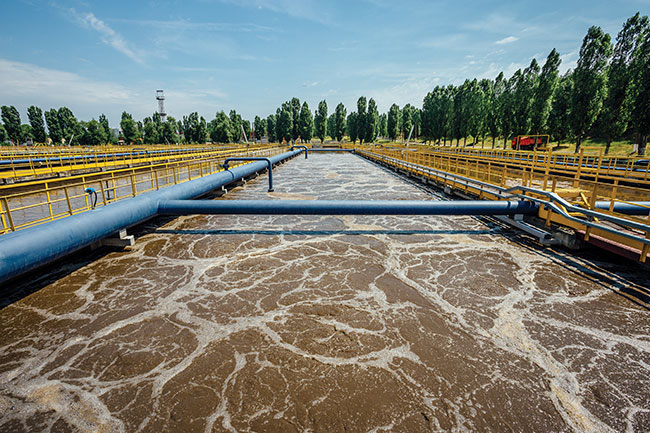 There is increasing pressure on all industries to deal with any unwelcome byproducts of production effectively, and the aquaculture industry is no different. As the industry expands to  meet the global demand for fish protein, there will be heightened interest to manage wastewater in environmentally responsible ways that can also be profitable.

“Whether in the United States or Europe or anywhere else, eventually you’re going to need the social license to operate, and having a well-thought-out solution for dealing with sludge that will be produced, whether from a hatchery or a farm, is smart and required,” says George Nardi, vice-president of aquaculture services at Innovasea Systems Inc.

The wastewater from aquaculture operations can be converted into energy and return value to the companies that produce the waste. Some are exploring ways to recycle their waste and have it benefit production.

In northern Norway, salmon farming company Cermaq has been testing a commercial-scale anaerobic digestion plant that creates biogas that they use for running boilers, a system developed by the Institute of Marine and Environmental Engineering at the University of Maryland. Sludge waste from smolt production is used to make the biogas. It is estimated that about 500,000 kWh per year will be extracted from the waste from nine million smolts. The gas is used to heat water at the facility, so the fish grow larger.

“We are collaborating with the group at the University of Maryland to look at how we might develop that solution further,” says Nardi.

Dealing with waste should include viewing it as a potential revenue source and not something that is a cost because it contains value, including nitrogen, phosphorus and organic matter.

“If it is in a location that allows for land application as a fertilizer, particularly if from freshwater or near freshwater – it becomes a win-win,” says Nardi.

At larger-scale operations and in colder climates, there needs to be a more creative approach, such as those that grow vegetables, taking the nutrients from the fish producing side of the operation and applying them to the growing of plants and vegetables.

The technology that can be applied often comes from the water treatment sector and other agricultural industries with a more in-depth history in the production of waste. Examples are the swine and dairy industries that use aerobic and anaerobic digestion to reduce volume by as much as 80 per cent. That process creates biogas that can be used for energy – methane.

Nardi says Innovasea is looking at the various solutions it could work with and suggest to clients.

“There will be options based on scale of operation, location of operation and salt versus freshwater,” he says.