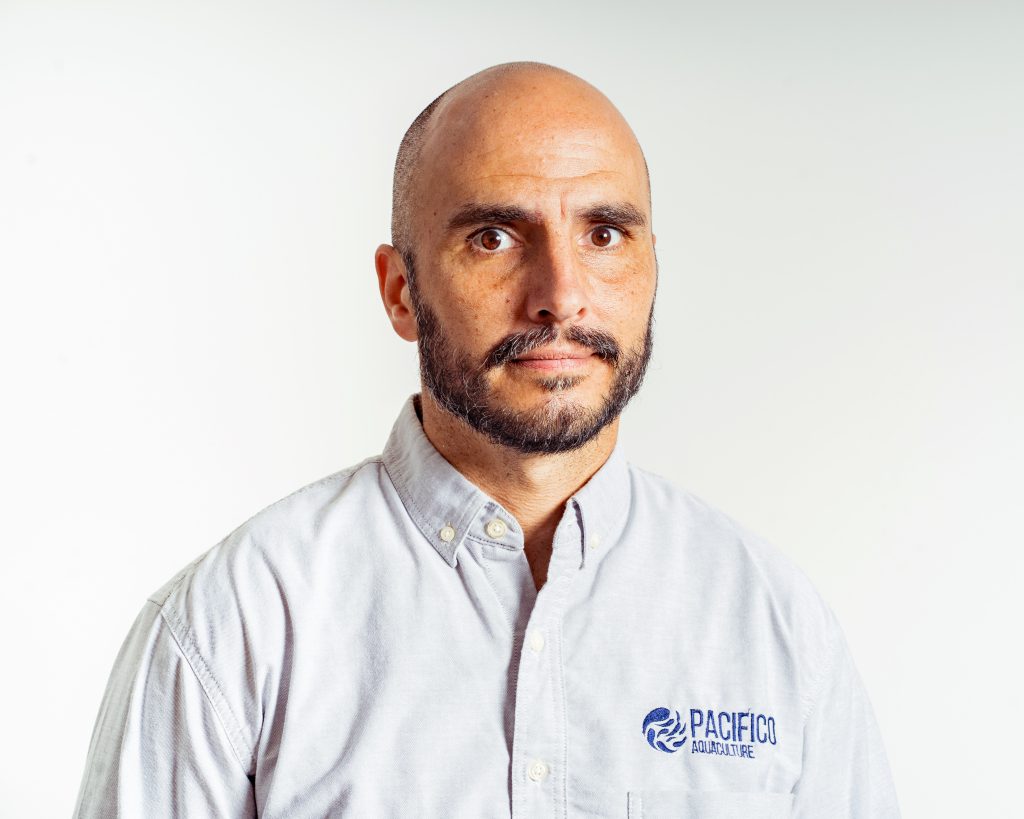 He developed the hatchery protocols for spawning and larval rearing of striped bass (M. saxatilis) at Pacifico Aquaculture in Baja California, Mexico. Now the senior hatchery manager, 37-year-old Yann Ramirez, thrives in a “very challenging and ever changing” production environment.

Ramirez did not only gain the respect and admiration of his manager at Pacifico Aquaculture, but also those of his peers outside the hatchery. One such person is Shane Hunter, a technical adviser at AquaBioTech Group, who also nominated Ramirez for the Top 10 Under 40.

“Yann had a great background when he joined the company and has flourished as hatchery manager, leading his team through successes and failures so as to ensure that the cage farming operations are stocked with healthy fish. Taking a new species to market in such a short period of time is a huge achievement that deserves recognition,” writes Hunter. 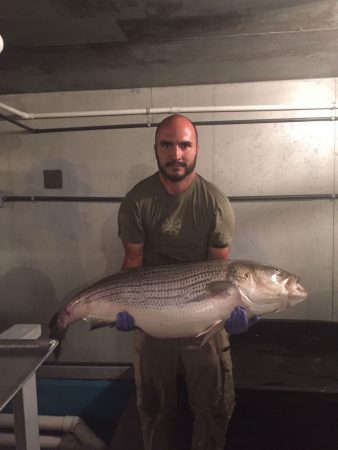 Since joining the largest marine aquaculture operations in Mexico, Ramirez has achieved many firsts for Pacifico Aquaculture’s striped bass production, including the successful commercial breeding and juvenile production of the species that enabled the company to commercially farm striped bass in the ocean – the only one of its kind in the world, according to Hunter.

Overseeing a staff of around 25 hatchery professionals, Ramirez leads a hectic work day but he thrives in such dynamic workplace. “It not only keeps you in your toes technically, but also requires a lot of practical know-how, which makes the job very gratifying at the end of the day,” says Ramirez.

“The interesting thing about being involved in hatchery is that you are not only in charge of everything that entails animal husbandry and improving that process, but also and as important, is knowing and operating the system. RAS systems are rapidly changing and improving, and you always need to be up to date and adapt to new technologies that work for your specific species, making it again, a very dynamic world,” he adds.

Like many veteran hatchery professionals, Ramirez acknowledges the challenges of working in a hatchery, not the least of which is the remoteness of many of the locations, which can be difficult for the young workers who are just starting to get their feet wet in the industry. The routines and the seemingly repetitive tasks, such as cleaning and feeding, can also be daunting he says, but necessary for one to develop and build competencies and expertise. It’s the nature of the business and those who endure are bound for a rewarding career.

“Do not get frustrated,” he advises young workers. “Understand that all the simple chores which one starts are critical to the operation and are what makes production successful.”

In addition to his significant contributions to the success of Pacifico Aquaculture’s operations, Ramirez is also committed to the development of future aquaculture professionals in Baja California, engaging in collaborative initiatives with local universities and the community, according to Alfi.

“He plays a central role in Pacifico’s partnership with the UABC (Universidad Autonima de Baja California) and himself has hired over 25 graduates from the university to work at Pacifico. Through his efforts and those of his colleagues and teammates, Yann is helping to build the foundation of an extremely talented and capable local workforce which will be drive innovation in aquaculture in Baja California for years to come,” Alfi says.