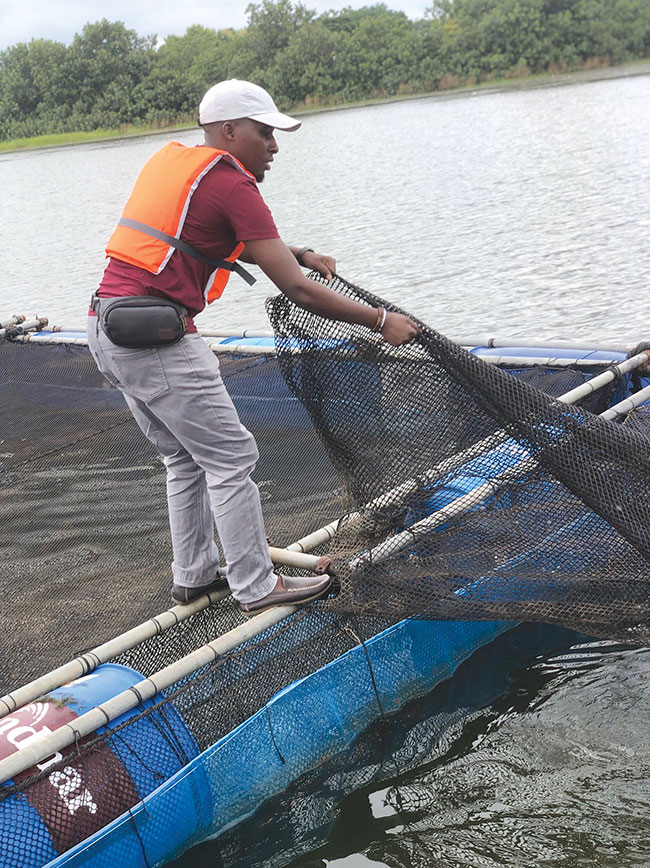 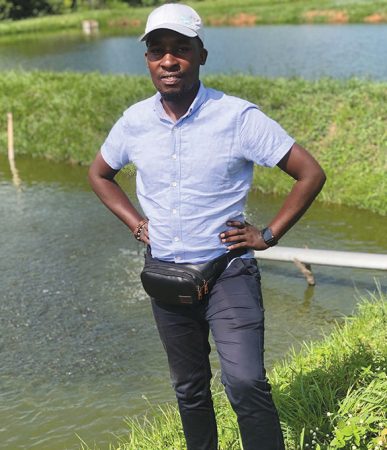 The 28-year-old started his career in 2017, working on a small catfish farm in central Uganda while also studying Fisheries and Aquaculture at Makerere University.

“During my time there, I saw that critical advancements were needed in the country’s aquaculture sector,” said Benjamin. “I wanted to change the perception that fish farming is a ‘poor man’s job’, into an innovative field using my university degree.”

One of the biggest challenges he has had to face in his six-year career so far is in 2020. Yalelo Farms in Uganda was hit with a 30 per cent fingerling survival rate after an outbreak of the bacterial infection, Francisellosis. Yalelo Uganda is the country’s leading tilapia producer.

Benjamin worked as the hatchery feeding supervisor and when the mass mortalities hit, he was undeterred by the challenge. He was quick to change several procedures for a well-detailed hatchery biosecurity plan.

“When he left Yalelo in January 2022, survival in the hatchery was 80 per cent, followed by the best FCRs in company history,” said Andrew Leingang, marine scientist and mentor to Benjamin.

Benjamin left Yalelo to start his own consultancy firm called Kachotera Aquatics International, which helps East African fish farmers to achieve profitability and sustainability. He now balances his business with his role as hatchery supervisor for the government’s tilapia project at Aquagrow International.

“I eager to learn more about new technology in the sector so that I can help many local fish farmers in Uganda and Africa to achieve their farming projects,” said Benjamin. “This led me to work with big commercial fish farms where technology and best fish farming practices are in place to enrich my expertise and experience.”