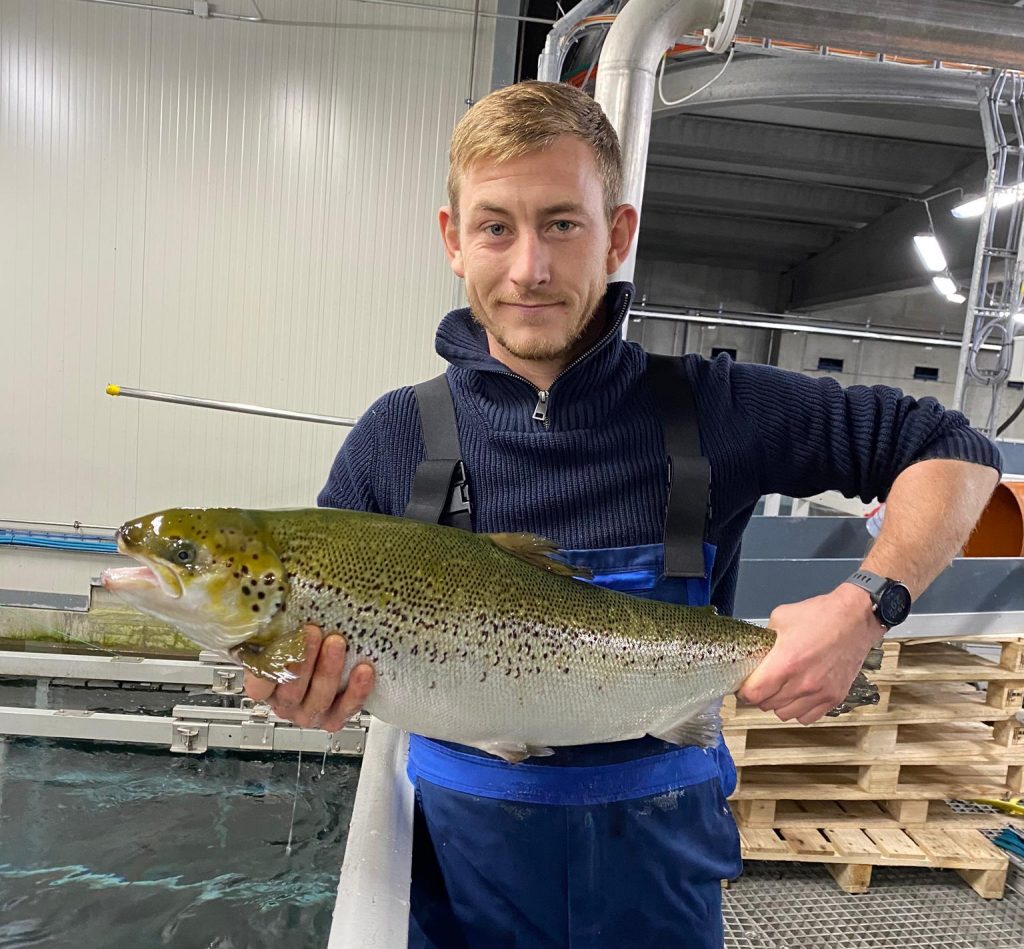 Twenty-seven-year-old Kevin Demondion manages one of the most successful land-based salmon farms in Switzerland. The general manager for Swiss Alpine Fish AG, located in Lostallo, in the Swiss Alps, Demondion began his journey at the company as a hatchery manager. Even from the beginning, he had his work cut out for him, according to his former manager Thomas Hofmann.

“He had to stabilise the production, improve the system and build a team. He never disappointed me as today the hatchery delivers the best quality fish,” writes Hofmann, nominating Demondion for the Top 10 Under 40. “He simplified protocols, managed to train and supervise a small team of people (who had) no background in aquaculture.”

When Hofmann left his position as the farm manager for Swiss Alpine, he was confident in his decision to promote Demondion as his replacement – and the company’s board of directors supported that call.

“Kevin evolved from being a technician, focusing on the fish, to developing the business,” Hofmann says. “His understanding of the industry starts with the fish but he really developed skills on being business-focused – the economy of it and finding compromises according to the needs of the investors.” 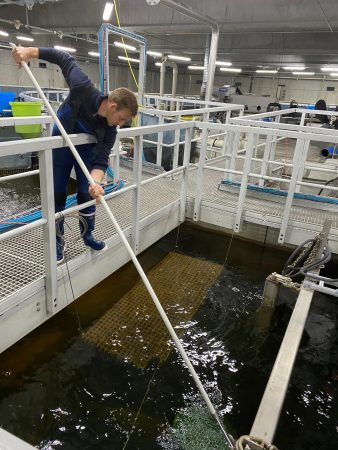 Demondion is no stranger to managing a farm. Originally from France, he worked as the farm manager for L’Esturgeonniere, a sturgeon farm in Le Teich, France. Following “important family events” he left France and found a new career path in Switzerland, but managing to stay connected to his passion for fish culture.

“Being a hatchery manager is much more than a job, it is being professional and parenting at the same time because at any given moment the fish or the system may need us and we must be there to respond and always give our best,” Demondion says.

As a farm manager to one of the most successful and sustainable RAS farms in Switzerland, producing 600 tons of salmon raised in clean, fresh water from the mountains, Demondion knows his responsibility goes beyond just raising the fish, but all the other factors that go in between.

“We have to be sentinels of water quality, animal welfare, and all other parameters that will condition the success of our fish after hatching,” he explains.

This is the same concept he wants to impart on future hatchery practitioners. Attentiveness to the evolution of both the fish under their care and the technologies and farming techniques that are constantly changing. Passion for the job is essential as it does not come without challenges, he says.

His goal: “I would like to have the chance later on to develop a RAS system that really corresponds to the expectations of fish, fish farmer and sustainability.”