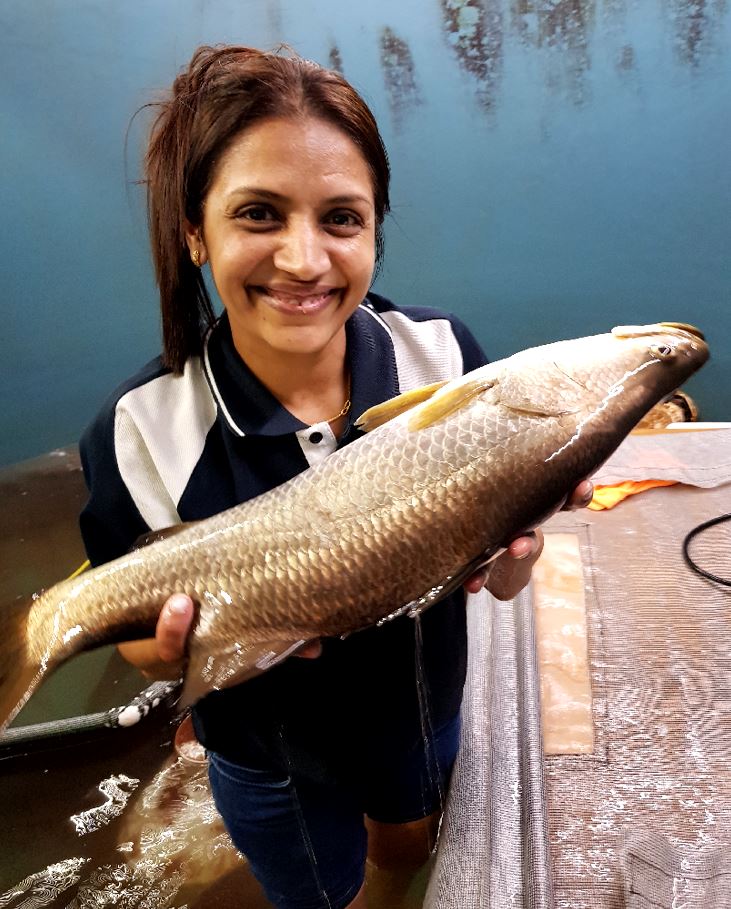 Unlike many of this year’s winners, Alpa Pansuriya did not pursue aquaculture from the very beginning. She started off her working life as a successful pathology lab technician, studying the causes and effects of disease and injury in the human body. In a way, hatchery and aquaculture found her.

Pansuriya decided on a career change that brought her to Tasmania, Australia in 2013 as a hatchery lab technician in Spring Bay Seafood. The 38-year-old hasn’t looked back since. She now works as a hatchery manager at Melbourne’s Mainstream Aquaculture Group where she works with the world’s largest Barramundi fingerling supplier.

“This proverb is perfect for me: ‘Choose a job you love, and you will never work for a day in your life,’” says Pansuriya. “I never stop learning. Aquaculture is the field where not everything you do will be successful. Every failure will give you chance to grow both personally and professionally.” 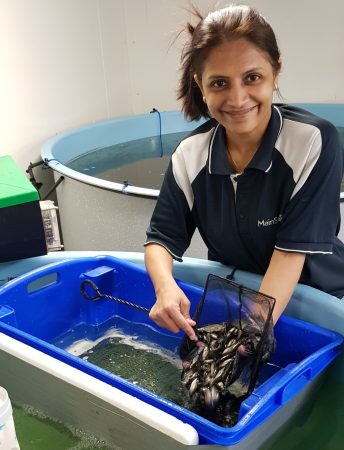 Boris Musa, managing director and CEO of Mainstream Aquaculture, says he nominated Pansuriya because he believes she is a “shining example of the next generation of fish farmers.” She has shown a meticulous work ethic that helped the company hatcheries refine its larval rearing protocols and have grown its overall production year by year.

Musa also credits her for reducing waste and improving efficiencies in the facility by establishing a water usage monitoring and recirculating program. The hatcheries have reduced water waste to below one per cent per day. “It is no surprise that Alpa is consistently the face of Mainstream Aquaculture,” says Musa.

Related
From hobby to hatchery
Another milestone for RAS farmer Atlantic Sapphire
Adam Miller: King of the Kingfish
Top 10 Under 40: Brittany Peachey