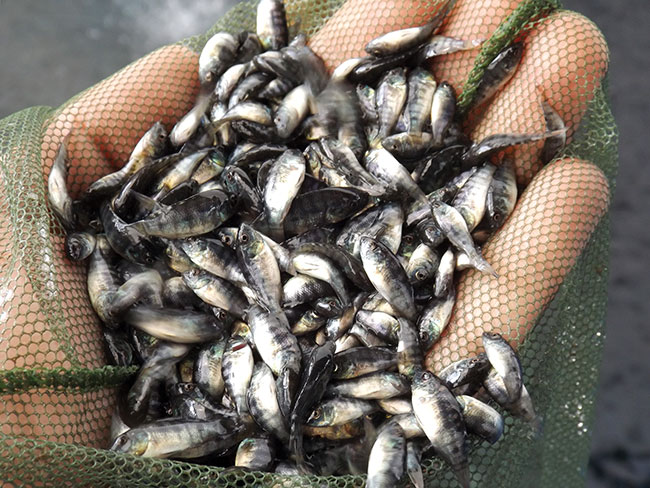 Growth rate does not contribute to the resistance of Nile tilapia (Oreochromis niloticus) to S. iniae and S. agalactiae capsular type Ib, according to the team that pioneered studies that evaluated Nile tilapia families for resistance to these pathogens.

“Our results demonstrated that there are no significant relationships, favorable or unfavourable, between growth and survival to both S. iniae and S. agalactiae type Ib,” Dr. Benjamin LaFrentz, research molecular biologist at USDA-Agricultural Research Service (USDA-ARS), told Hatchery International.

“Although selection for a single trait may lead to a higher response – i.e. faster improvement – no response will be obtained for the other traits. Thus, in order to improve all three traits, they must all be selected for at the same time.”

The study, “Genetic (co)variation between harvest weight and resistance to both Streptococcus iniae and S. agalactiae capsular type Ib in Nile tilapia (Oreochromis niloticus),” by LaFrentz et. al. was published in the journal, Aquaculture, and a collaboration between USDA-ARS, Spring Genetics in Miami and Benchmark Genetics Norway.

Parameters considered for multi-trait selection are the genetic architecture of the traits, genetic correlations, and long term needs of the target market.