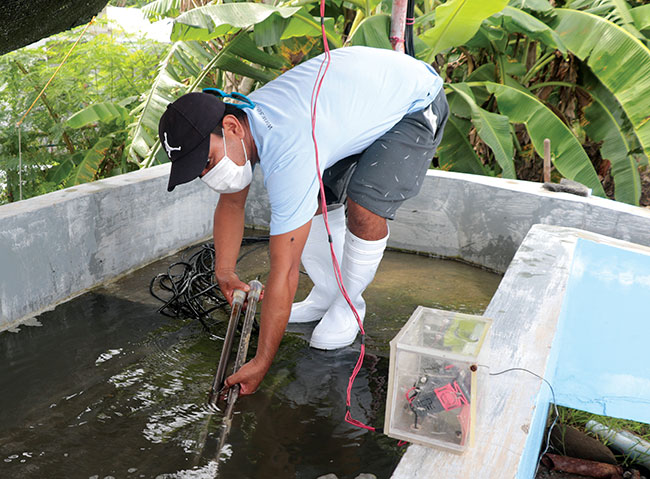 The Southeast Asian Fisheries Development Center Aquaculture Department (SEAFDEC/AQD) said milkfish broodstock normally spawn only from March to October when the weather and consequently, the water is warmer. Thermal manipulation, they said, induces broodstock to spawn during November to February, when the cool weather would normally deter these from being productive.

“Along with the expansion of hatcheries and improvement of milkfish breeders, this technology will further increase the production of milkfish in the Philippines and reduce the dependence of milkfish fry imports.”

The national milkfish industry requires at least 2.5 billion fry annually, according to the Philippine Milkfish Industry Group. Per DA-BFAR, only 1.1 billion is locally produced. Indonesia and Taiwan are major sources of imports.

The experiment used two 500-ton broodstock tanks. The treatment tank, (an average temperature of 29.9 C), had 76 broodstock and control, 119. From November 2019 to February 2020, approximately 23.6 million of good eggs were produced and 12.5 million hatched into larvae. Control had nil production.

Excess feeds and wastes were siphoned off and water was changed 20 per cent daily to maintain good water quality. The tanks were provided with a flow-through water system maintaining an eight-feet water depth.

The “promising innovation” was brought to the SEAFDEC/ AQD demonstration activity from November 2020 to January 2021. A 500-ton heated tank with 100 broodstock. Out of the 2.9 million good eggs produced almost 1.7 million larvae were hatched.