A team of researchers at Nofima (The Norwegian Institute of Food, Fisheries and Aquaculture Research)'s Centre for Closed-Containment Aquaculture (CtrlAQUA) focused on skin to assess the health and welfare of salmon post-smolts. 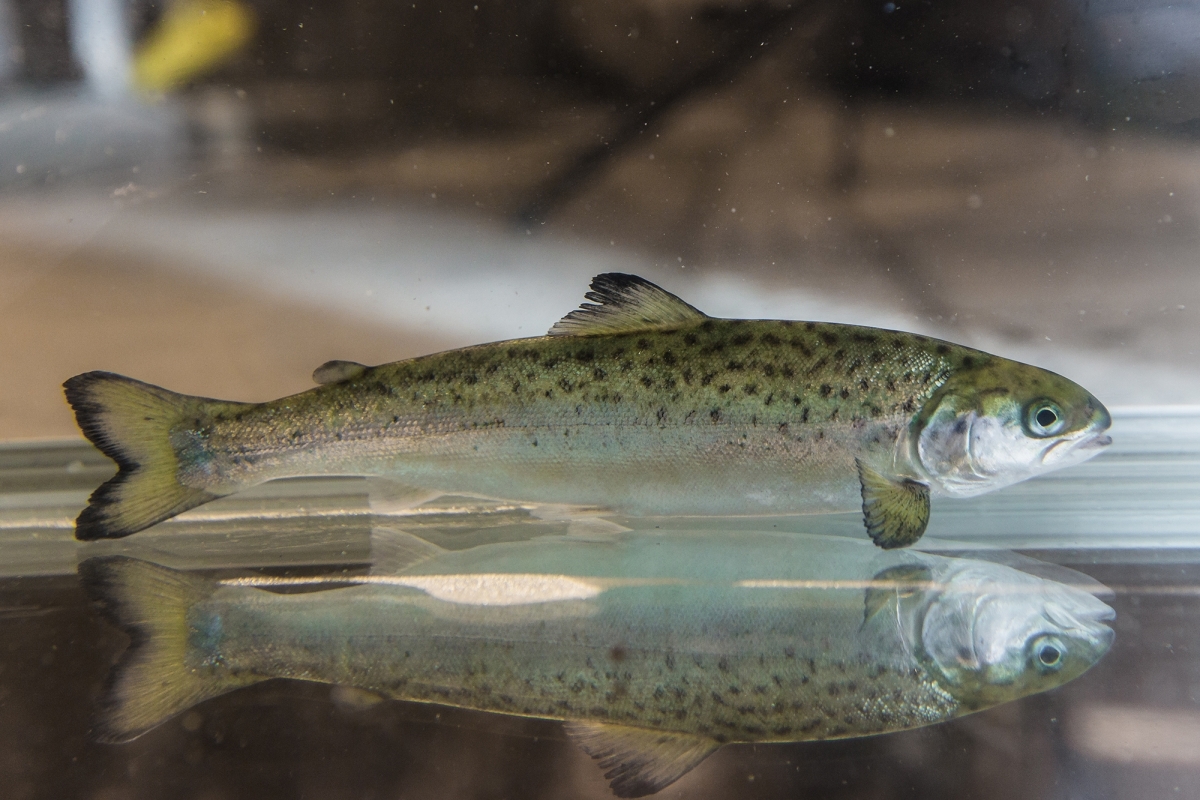 “We have seen skin behave almost like a living sensor and be used actively to see what is happening to fish related to health and welfare,” said Lill-Heidi Johansen, head of the Department of Preventive Fish Health, speaking at the Aquaculture Innovation Workshop in Vancouver last fall.

These will then enable them “to develop innovations to secure strong mucosal tissue barriers of post-smolts in closed-containment aquaculture systems.

“Being in direct contact with the water, the fish skin has important roles in defense and protection against pathogens.”

One of the initial stages studied the effects of scale loss and skin barrier function, say, if the fish gets a deeper wound.

“This was done first experimentally by removing scales, mucus and the layers below the scales. We looked what happened to the permeability of the skin if these layers were lost,” she said.

They saw that the scale, epidermis and mucus are the main barrier for the fish.

Three salmon smolt groups in freshwater were distributed to different facilities in saltwater at different times of the year.

Sampling was conducted at one and four months after transfer. “Some overall results showed that there were actually greater differences between the time points than between the systems,” she said.

“Using histology, we saw that epidermis thickened and the number of mucus cells increased with time after seawater transfer,” she said.

The development of immune competence and structural integrity of post-smolt skin after the transfer to seawater gave them a better understanding of the increased susceptibility to pathogens associated with welfare problems and losses of post-smolts.

It also emphasized the importance of environmental controls.

While the results showed that the high group had a significant increase in growth and body weight, she said there were issues with the experiment.

“This is just one large-scale study so obviously, more research is needed to confirm the results and optimize the water speed.”

Trials ran for post-smolts to identify optimum water velocities prior to sea transfer in RAS and identify related positive effects on growth and welfare, such as growth rate, feed conversion rate and welfare scores.

They also wanted to see the range of training effects on the cardio-somatic index and muscle cellularity and on gill, skin, and blood parameters and the evaluation of stress response on the fish during these trials.

The trials ended in February 2018.

CtrlAQUA, composed of different departments, has a number of ongoing projects with the common goal of establishing the knowledge base necessary for achieving biological and technological innovations in closed systems used in the production chain.

“There is a large amount of collaboration between the departments. There are no walls within and there is cooperation in nearly all the projects to get even further in the research and to be able to solve all the different issues,” Johansen said.