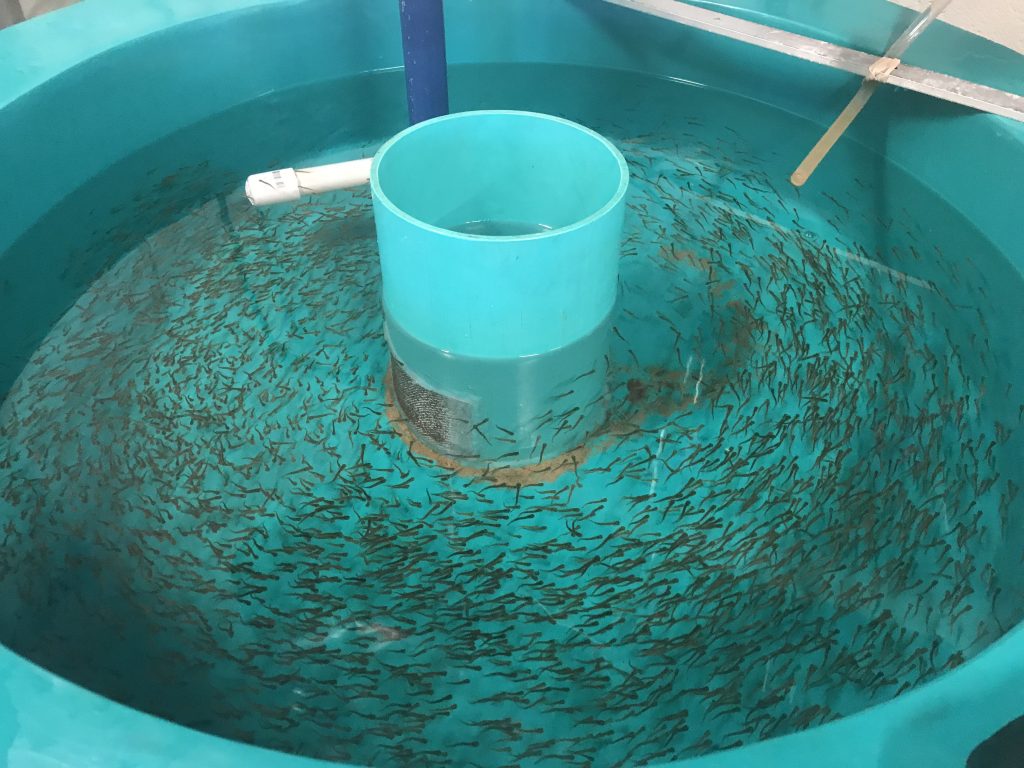 Courtesy of the Michigan Department of Natural Resources.

Through the Michigan Department of Natural Resources, the Oden State Fish Hatchery, located in Emmet County, Michigan, received its second batch of year-class Arctic grayling eggs from Alaska in spring 2021, as part of the Michigan Arctic Grayling Initiative.

The Michigan Arctic Grayling Initiative – which consists of the Michigan DNR, the Little River Band of Ottawa Indians, and more than 40 other partners – has been working to bring the Arctic grayling, a locally extinct species, back to Michigan, since 2016. Nearly a century ago, the species was virtually the only native stream salmonid in the northern Lower Peninsula. However, the population died off due to three factors:

To bring the eggs from Alaska to Michigan, they were transported via plane in the carry-on luggage of a researcher from Michigan State University (MSU). Once they had arrived in Michigan, the eggs were kept at the MSU lab in East Lansing before they reached their final destination, Oden State Fish Hatchery. The eggs, which have already hatched and produced fish that are reported to be growing well with low mortality, looked to establish a brood population of Arctic grayling in Michigan.

The next class is planned for May 2022, when the DNR and the Alaska Department of Fish and Game will collect eggs from Alaska’s Chena River. The first fish from Michigan’s Arctic grayling broodstock are anticipated to be reintroduced in 2024 or 2025.