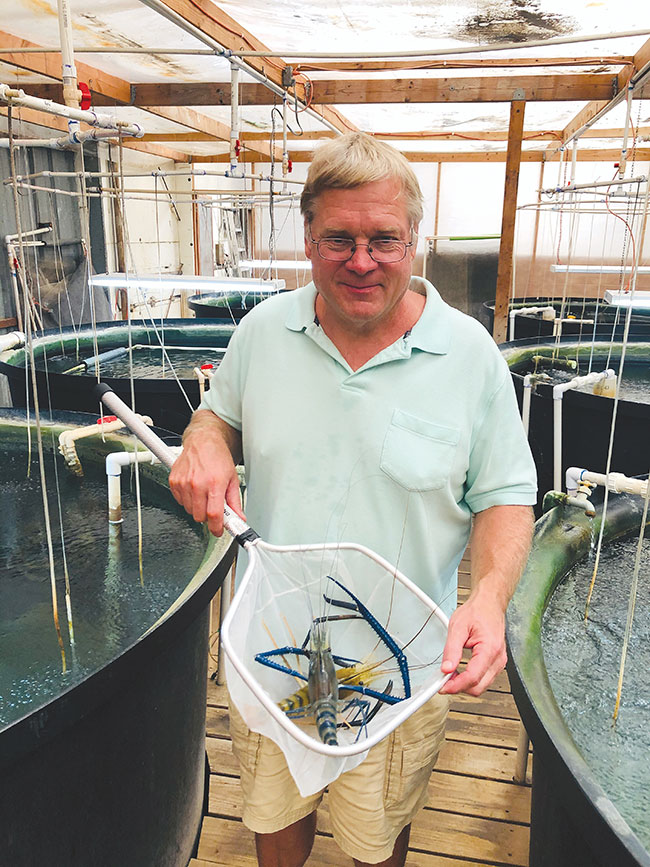 Craig Upstrom (top) is the president of Aquaculture of Texas, one of few hatcheries in the world that produces all-male shrimp, which the company has copyrighted as ZZ Males.

It is the only hatchery in the wetern world to produce all male shrimp that Upstrom copyrighted as ‘ZZ Males’.

The company, located west of Fort Worth, Texas, was formed by six investors in 1986 as a Sub-S Corporation, It has stock holders but is not traded on Wall Street and is not a public company. Upstrom started out as a worker in late 1986 and over the years was able to buy enough stock to gain control of the company. He owns more than 51 percent of the stock and is currently the company’s president. 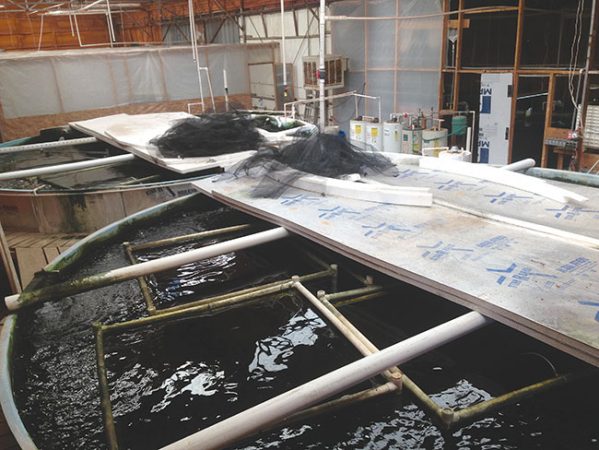 Aquaponic potential
Another shrimp market for Aquaculture of Texas is the aquarium market, making it an unusual and perfect choice for a home hobby. Prawns can be an interesting and unique addition to your tank, says Upstrom. A wide range of different sized shrimp are available throughout the year from Aquaculture of Texas for the aquarium market.

“As these juvenile prawns grow, their requirements for space also increase: large prawns weighing 2 oz. will have a body length of seven inches, and will require one to two square feet of space,” he says. Juvenile prawns can be purchased at $75 per 400 animals.