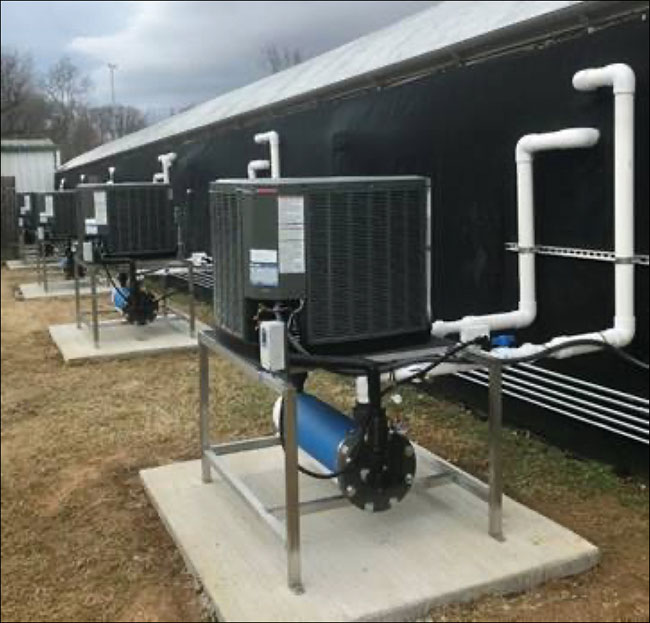 Figure 2. Air cooled water chillers installed along the outside wall of the building adjacent to respective replicated RAS.

Early maturation of farm-raised Atlantic salmon is a complex process that is influenced by numerous environmental factors. Fortunately, recirculating aquaculture systems (RAS) production allows for greater control of the culture environment than other production methods. 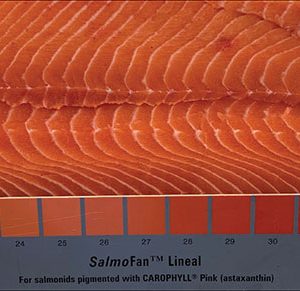 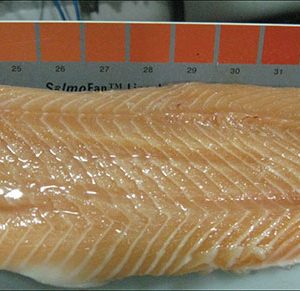 Past observations also suggest that salmon begin to exhibit signs of maturation soon after moving from relatively cool flowthrough and partial reuse systems used for early life stages into warmer experimental RAS. Accordingly, rearing temperature was investigated for its impact on growth performance and early maturation in RAS.

Full details of the study were published in Aquaculture journal on “The effects of two water temperature regimes on Atlantic salmon (Salmo salar) growth performance and maturation in freshwater recirculating aquaculture systems.”

Eyed eggs were received from a commercial supplier and incubated at 7.5 C until first feeding. Newly installed chilling capacity allowed for temperature control through the entire life cycle of the fish, starting at first feeding where fish were reared <12 C to 51 grams mean weight. The fish were then stocked into six replicated 9.5 m3 RAS and raised for eight months at either 12 or 14 C.

Every two months, fish were sampled from each RAS to measure weight and length and for examination of external maturation signs including skin coloration, kyped jaws, and ovipositors. At the conclusion of the study, gonadosomatic index (GSI) was calculated for all sampled fish to determine maturation status. 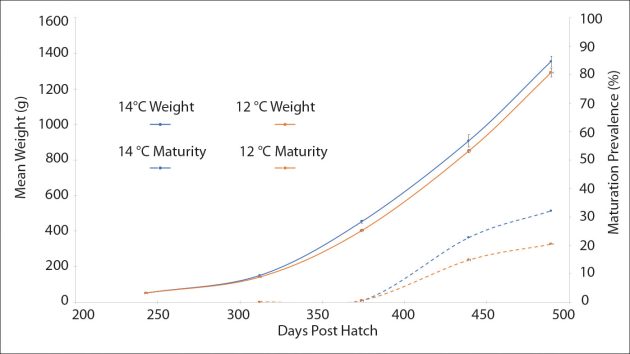 Figure 3. Mean weight and maturation prevalence of Atlantic salmon grown in RAS at 12 C or 14 C

Although fish raised at 14 C were expected to grow faster than their 12 C counterparts, growth performance to ~1.3 kg was similar between the two temperature treatments. Survival, condition factor, feed consumption, and feed conversion ratio were also similar. Further, comparable growth in different temperatures resulted in higher thermal growth coefficient for the 12 C treatment.

This could indicate that a slightly lower temperature than those proposed for optimal Atlantic salmon growth provides a more balanced environment for the fish, in terms of other physiological processes and may yield secondary benefits to the producer through improved product quality or feed conversion.

While growth and performance outcomes were largely unaffected, the timing or magnitude of important life history milestones were influenced by temperature. At the first sampling event, a higher prevalence of fish reared at 12 C were observed to have bronze colouring and parr marks characteristic of pre-smolt Atlantic salmon.

By the second sample, few of these fish were observed in either treatment, demonstrating that the cooler temperature slowed the rate or delayed the timing of the parr-smolt transformation. Atlantic salmon exhibiting characteristic external signs of maturation became more common by the six-month sample when fish reached approximately 900 grams at 439 days post hatch. 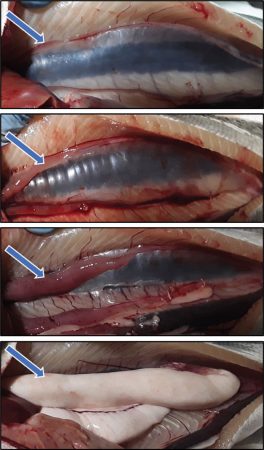 Though the prevalence of external maturation characteristics was not significantly different, GSI measurements from the final sample confirmed differences in maturation status between the temperature treatments. Using a GSI threshold of 0.3 per to differentiate immature and maturing

Atlantic salmon indicated 20.4 and 32.1 per cent maturation prevalence in the 12 and 14 C treatments, respectively. Mature fish were exclusively male, though GSI of fish below the maturing threshold of 0.3 per cent were higher in the 14 C treatment for both male and female fish.

In comparison to previous trials with post-smolt Atlantic salmon reared in the same replicate RAS, the maturation prevalence for both temperature treatments represent a dramatic improvement. For example, Davidson et al. (2021) reported per cent maturation of salmon populations reared with and without ozone of 63 and 48 per cent using a higher one per cent GSI threshold to differentiate mature and immature fish. Interestingly, mean and maximum water temperatures during this trial were 14.7 and 16.2 C, respectively.

Eliminating early Atlantic salmon maturation in RAS through temperature control alone could require cooler temperatures than 12 C, and future water temperature research on early maturation outcomes should be conducted in tandem with other environmental manipulations and culture techniques.

While research continues to refine optimal environmental conditions for diploid mixed-sex fish, careful stock selection of all-female and triploid Atlantic salmon may help to alleviate or eliminate early maturation in RAS for the short term.