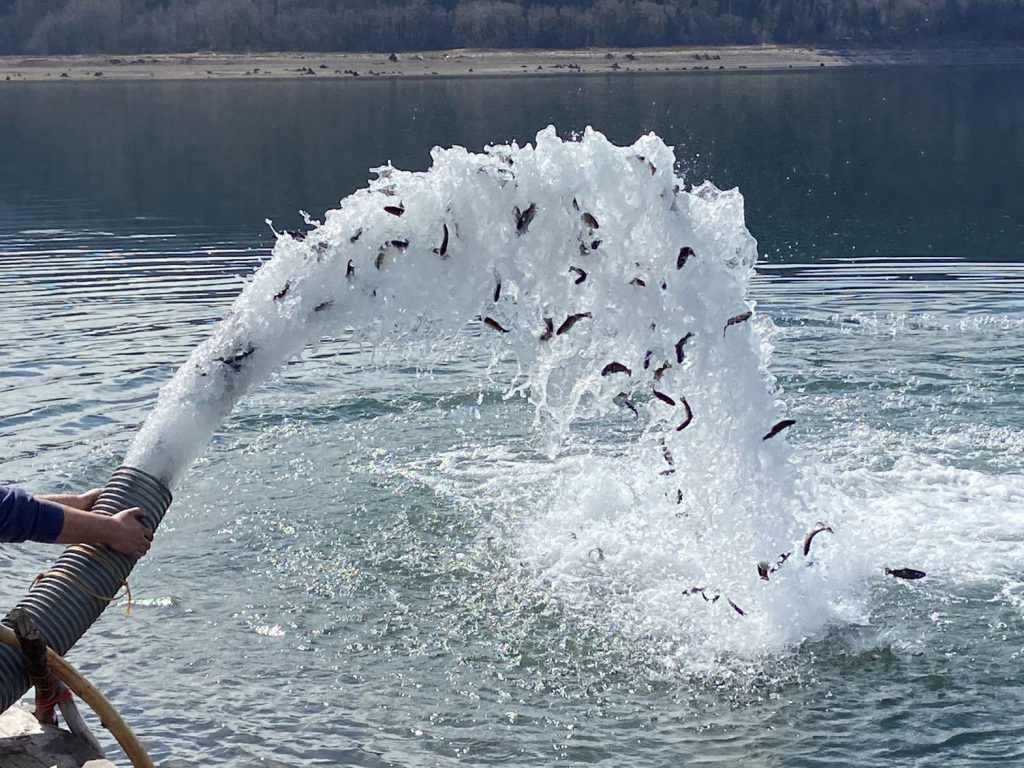 Some 400,000 Rainbow trout were saved from potential destruction thanks to a collaborative effort among some public and private organizations in Washington state.

Cooke Aquaculture Pacific, Northwest Fisheries Enhancement (NWFE), Tacoma Power and the Washington Department of Fish and Wildlife (WDFW) came together last April in an effort to find a home for the group of Rainbow trout juveniles from Cooke’s Skatter Creek Hatchery in Rochester, Washington, after a permitting process has been delayed.

When NWFE chairman Larry Pryor learned that Cooke was about to destroy the hatchery fish, he reached out to several groups across the U.S. Northwest that might have a need for Rainbow trout stock. Eventually, he found Tacoma Power which could accommodate the fish in Riff Lake.

After receiving the necessary approvals and permits from Cooke and the WDFW, the fish were safely transported from Skatter Creek Hatchery and successfully placed in Riff Lake.

Cooke Aquaculture Pacific’s freshwater production manager Doug Simms, along with other staff from the Skatter Creek Hatchey, delivered the fish and oversaw the stocking at Rick Lake.

“This turned into other opportunities now and Cooke Aquaculture Pacific will be growing more Rainbows for NWFE stocking and planting needs throughout the Northwest for other recreational fishermen,” said Pryor.

He thanked all the people who made this life-saving feat possible, including Jim Parsons, general manager at Cooke Aquaculture Pacific, who has since become an advisory member and “a strong resource to Cooke.