A study in Ecuador was able to demonstrate that hatchery production of rock oyster (Striostrea prismatica) spat is feasible, providing a basis for its large-scale propagation. 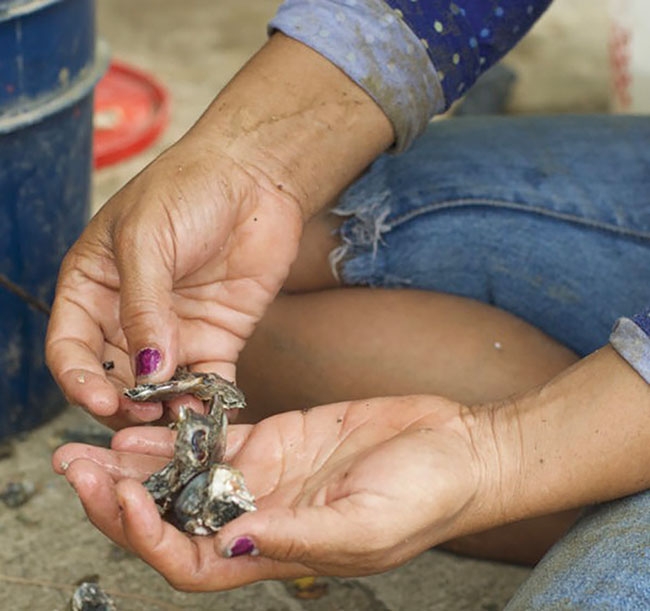 Suitable production conditions have resulted in inducing the reproduction of rock oyster with positive key indicators.

Fertilization rate was close to 100 percent and competent larvae survival rate was 27 percent. The production of juveniles considered as spat was deemed substantial in less than a two-month post-fertilization time.

“This result demonstrates that the description of the early lifecycle of Striostrea prismatica in this study was performed under suitable production conditions,” said Lodeiros et al.

The optimization of culture was confirmed when, after embryonic development, the complete formation of larvae with embryonic shell was obtained at 20 hours, which was two to four shorter than what was recorded in a previous study, they said.

Time was also reduced to obtain the competent larvae. From the 32 to 35 days of earlier studies, they were able to achieve this in 21 to 22 days.

“Spat production of the Rock Oyster Striostrea prismatica” was published in the Journal of Shellfish Research. It investigated the early lifecycle of S prismatica, including its embryogenesis, larval development, metamorphosis and settlement, and postlarval growth, describing some techniques to obtain large-scale spat production

Adult rock oyster were collected during a period of high reproductive activity in the shallow waters of Ayangue, Santa Elena Province, Ecuador, and conditioned for gonad maturation and spawning.

Fertilization, embryogenic and larval development were performed under laboratory conditions, then settlement of pediveliger larvae and nursing of postlarvae were performed using downwelling methods to produce spat.

Spawning induction was performed following the protocol described in a previous study with some modifications, cleaned, desiccated for 60 minutes, and exposed to thermal stimulus and spawned in trays.

Rock oyster is one of the most abundant species in the rocky coastal ecosystems of Ecuador and other subtropical eastern Pacific countries. Production by culture is recommended because the natural banks are over-exploited or depleted.

Studies and efforts to induce the large-scale reproduction of this species have been done before but this is the first one that has proven the feasibility.

Talking about the previous efforts, the authors said, “These studies were developed under sub-optimal conditions, since the larval development did not reach the postlarval stage and spat, or the spat produced were scarce.”