Panama’s Achotines Laboratory is instrumental to understanding tuna aquaculture. But why is there still no fully-farmed yellowfin tuna? 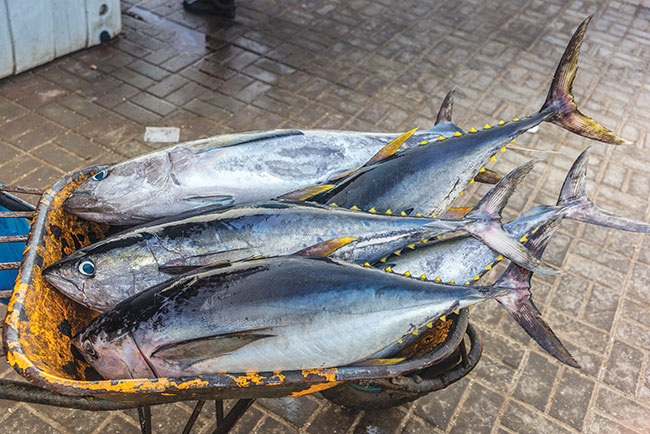 At the Achotines Laboratory in the Republic of Panama, eight yellowfin tuna broodstock are swimming in a tank measuring 17 metres in diameter and six metres deep. They’re all from local coastal waters, just like the earlier cohorts that have spawned millions of eggs for the laboratory over the last 25 years.

The eight broodstock spawn daily, their eggs ready to be used in experiments to enhance understanding of the early life, history and biology of tropical tunas.

“They spawn volitionally,” says Daniel Margulies, program coordinator of the program’s Early Life History Group. “This means we’ve never used any hormonal controls to induce spawning of our yellowfin broodstock. It is natural spawning controlled mostly by water temperature. The fish are very sensitive to the water temperature as far as their spawning behaviors, and they will spawn nearly daily as long as the water is above 24 C.”

The lab has seen over 5,000 spawning events from 1996 to the present. The broodstock group has been replenished over the years and has fluctuated from five to 44 fish at any time. From these eggs, researchers select certain groups, clean them and place them into hatching tanks in the wet lab where they are randomly distributed in certain replicate tanks for whatever investigation the researchers are interested in conducting.

Knowledge gleaned from these spawning events and succeeding experiments are shared with other research institutions worldwide.

“It’s really spawned a succession of successful collaborative research programs with universities, among them Kindai University in Japan and the University of Miami –  all contributing toward a greater understanding of tuna ecology and aquaculture,” says Margulies.

But despite this breakthrough 25 years ago, no yellowfin tuna has been raised fully in captivity. In other words, no eggs from those spawns have grown to be a mature adult and reproduced successive generations of yellowfin tuna. This also means that the ahi tuna in the market are either wild catch or a product of ranching.

But Margulies says yellowfin lags behind the two bluefins in this department not so much because of the biological challenges inherent in the yellowfin. Rather, it’s more a matter of research priorities. 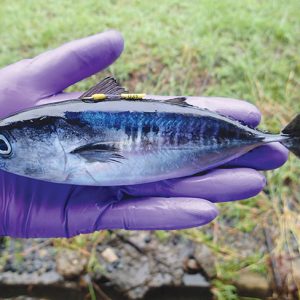 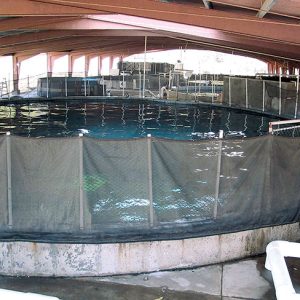 Not a priority
“There have been various organizations that have looked at yellowfin aquaculture at various times, sort of periodic attempts,” he says. “If someone made a concerted effort to focus only on full lifecycle culture of yellowfin tuna, we’d probably be looking at a five- to 10-year time frame for commercial development. It could be less with the proper resources.”

One reason yellowfin tuna might not be a high priority among other tuna species is it ranks lower in economic value.

“They’re certainly not as high, say per pound, as the bluefin species or bigeye tuna (Thunnus obesus) for example in Japan or in Hawaii, where these tend to draw a higher price per pound. But yellowfin, I would put in a level right below those species and certainly higher than snapper or mahi-mahi or cobia. I would put it at the high end but not as high as bluefin and bigeye tuna.”

Margulies adds that scientists in the Inter-American Tropical Tuna Commission’s research program are confident they can do this type of research on their own or in collaboration with other institutions, but this is currently outside of its mandate.

“Our specific goal is to better understand what is referred to as the ‘pre-recruit’ life stages of yellowfin, that’s the stage before they’re recruited to the fishery in the Eastern Pacific Ocean. And so that age range, specifically for our studies, is from hatch to six months of age. At six months of age, the yellowfin enter the surface fisheries in the Eastern Pacific Ocean,” he explains. 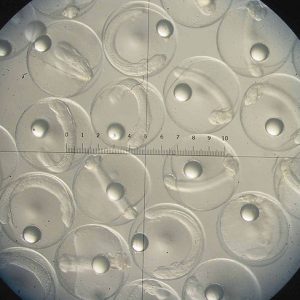 Fertilized yellowfin eggs are collected and hatched for ecological experiments. 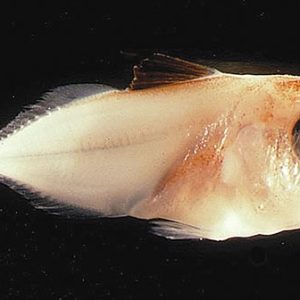 Advancing ahi farming
Although the team’s focus is on the ecology of juvenile fish, Margulies says their learnings will be valuable to the aquaculture industry. “We are mindful that all of our research results can be used by other investigators to apply it towards tuna aquaculture and greater success with tuna aquaculture,” he says.

For instance, the researchers have found ways to address the cannibalistic nature of juvenile yellowfin – a problem quite common with other pelagic species.

“There are a lot of pelagic species under study globally that have the same problem of cannibalism. When the larvae reach a certain size, they can attack their siblings in culture. There are a number of ways that you can minimize this. We’ve been working on it for really the last 24 years and many of these methods are quite effective at minimizing the cannibalism – everything from having the fish swim against currents, we’ve tried putting them in raceways so they spend most of their time swimming actively against the current rather than attacking their siblings,” he says.

The team found, however, that the most effective method is to keep the fish in so-called “green water” –  dense concentrations of unicellular algae that’s used throughout the larval stage.

“This helps in their feeding efficiency because of their visual system. It provides really good contrast for their planktonic prey at very short distances. So when they reach a size of six and a half to seven millimetres and become cannibalistic, we usually maintain those dense green water conditions so that these older larvae actually cannot see their siblings as well, and it just cuts down on the probability of their encounters with their siblings.”

Another challenge to address if the species is to be raised in aquaculture settings is the development of juvenile diets and weaning diets. Nutrition is perhaps the biggest challenge common among pelagic species in aquaculture, he noted.

“We use live planktonic organisms to feed the larvae. We use cultured rotifers, which are small ciliate-like organisms. And we also use the common brine shrimp – artemia. We’ve also collected in the wild zooplankton like copepods, which are the natural prey of larval yellowfin and we fed those in culture, but that’s a difficult thing to maintain (in commercial aquaculture) because it requires a lot of labor and time to go out and collect. And copepod culture itself is fairly challenging. Rotifers and artemia are fairly easy to culture and yes we feed those prey to the early larval stages.”

Within the current scope of the team’s mandate, their next investigation will focus on the early juvenile stages of yellowfin tuna, says Margulies. Whereas the early phase of the studies have focused on the species’ first 30 days, the next phase will look at life stages from one to six months of age. But the team may push the envelope further.

Meanwhile, the industry is watching.