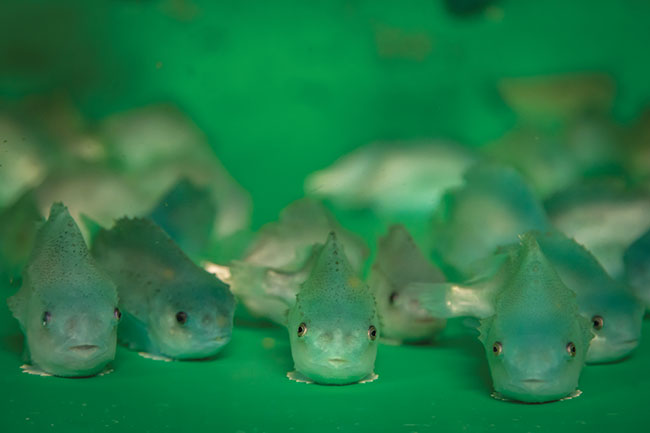 At the right ratio, rapeseed oil is an effective alternative for marine oils used in juvenile lumpfish diets, according to a recent study.

Rapeseed oil is characterized by substantial levels of MUFA AND PUFA, which are unsaturated fats, and low levels of saturated fatty acids (SFA). It, however, lacks LC-PUFAs – fatty acids such as EPA and DHA, which support somatic growth.

Results of the study, “Total replacement of marine oil by rapeseed oil in plant protein rich diets of juvenile lumpfish (Cyclopterus lumpus): Effects on growth performance, chemical and fatty acid composition,” suggested that dietary inclusion of 50 per cent rapeseed oil in diets where the protein content was derived from marine/plant origin (50/50), did not impair the growth of juvenile lumpfish.

Authors, Dr. Florence Perera Willora and her team, who are from universities in Norway and China, believe their study is the first to investigate the replacement of fish oil with plant oil in feeds for lumpfish. It was published in Aquaculture Reports. Studies on welfare and nutrition of lumpfish have been increasing as it continues to prove its worth as a natural solution to controlling sea lice infestation in open net-pen farming of Atlantic salmon. It is currently second only to Atlantic salmon as Norway’s most important aquaculture species.

With fisheries resources to supply fish oil dwindling, a host of plant oils has been identified as substitutes for marine oil in feeds. Rapeseed oil is the world’s third most produced plant oil after palm oil and soybean oil.

Experimental feeds replaced marine oil with 25, 50 or 100 per cent rapeseed oil, where 50 per cent of the protein was derived from plant concentrates. The protein and carbohydrate ingredients were constant in all feeds.

“Fish fed the CTRL, RO25 and RO50 showed no differences in growth, suggesting that dietary EPA + DHA levels in the range 1.3–2.6%, corresponding to 9–18.5% of total FAs, satisfy the nutrient requirement. Full replacement of MO with RO resulted in lower final body weight and SGR, suggesting too low a level of essential FAs to support growth. Growth arrest is reported in fish fed diets deficient in EPA and DHA,” the authors wrote.