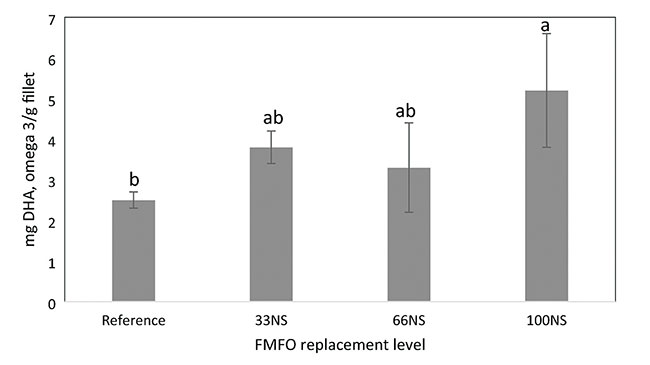 The experimental diets include a replacement of fishmeal (FM) with defatted biomass of N. oculata (N) to replace 33%, 66%or 100% of FM; and whole cell Schizochytrium sp. (S) to replace 100% of fish oil. Photo: Nature.Com

Researchers have found that a microalgal-based diet blended with defatted biomass improved fish growth and offered a cost-effective alternative feed for tilapia growers.

“Our results provide a framework for the development of fish-free feeds and the first evidence of a high performing feed for tilapia that combines two different marine microalgae,” the study said.