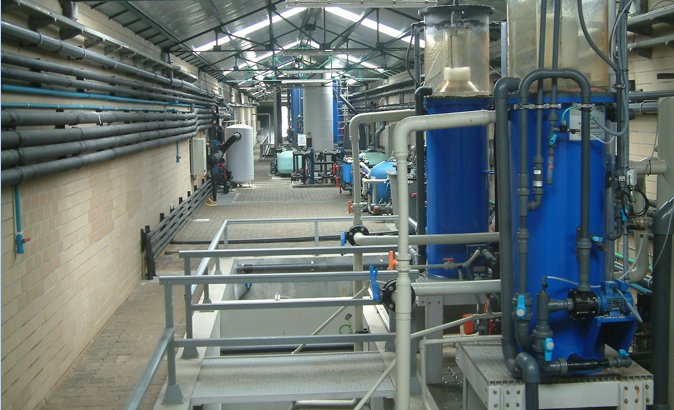 Domestication of a wild species presents infinite challenges for a Spanish hatchery.

At the beginning of 2012 SEA8, a Spanish company based in Valencia, bought two Portuguese companies, Safiestela and Aquacria, to create a hatchery and grow-out units for production of Solea senegalensis.

The Senegalese sole is almost a twin sister of the common sole, Solea solea, and a high-valued seafood species with a global market. The leap of faith, using Lean Startup language, was that SEA8 could put together a competent team, bring in top RAS technology, use the latest knowledge on the breeding and production of this species and quickly catch up and dominate a market that only includes a couple of other competitors.

Dive into the unknown

It was, from the start, a deep dive into an unknown world of domestication of a wild species. It required design and implementation of infrastructure and water treatment systems to provide a good environment for the broodstock, larvae and fry, most of it developed from scratch with husbandry methods best adapted for this species.

We may think that this is just another marine fish species, but this is wrong. Sole broodstock use clues for maturation that are different from sea bass or sea bream; they behave differently throughout the spawning period and often it is not possible to coordinate males and females. In fact, it is not known to me if anyone has managed to domesticate broodstock of this species, at least at the industrial scale. And by domestication I mean to get farm-reared males and females to mature and spawn a F2 generation of sole fry. Here, I think, lies a critical driver for the success of this new industry.

Water quality is another critical factor for the production of quality fry and at Safiestela there has been serious investment in RAS systems to provide just that. However, good water is not enough; for an undomesticated species like the sole husbandry-related stress is a major problem. Feeding behavior, disease and overall performance are affected by factors such as light levels, the presence of people or noises in the areas surrounding the tanks and many others. All the above have made the challenge taken on by SEA8 unenviable and on top of this there was pressure to cover in just a few years the ground others have covered in over a decade.

Coping with the multiple challenges mentioned above requires a team that has many competencies; and SEA8 started with just that. The technical leadership of the Safiestela hatchery is in the hands of Diogo Rosado, a hatchery manager with 10 years of industry experience, including work with some of the leading flatfish producers in Europe. Diogo is responsible for day-to-day management of the facility and is the driving force for innovation in the husbandry, water quality and feeding technology changes the hatchery has been testing and adopting over the last two years.

Diogo is supported by a top management team put in place by SEA8 that covers all the critical requirements of an innovation business; André Bravo as Business Director, has years of experience in aquaculture business administration, sales and marketing and the coordination of the whole team at SEA8. Joana Amaral, Technical Director, brings in marine species hatchery know-how as well as experience in RAS and production management from her years heading production at Anglesey Aquaculture. Renata Serradeiro, in the role of R&D Director, coordinates research programs with industry and academic partners, drawing from years of experience as an entrepreneur that owned and ran Aquacria, the turbot farm that eventually was purchased by SEA8 and converted to the sole on-growing farm where the top 10% of Safiestela’s fry are turned into commercial sized-sole for the market.

Complexity in Safiestela is tamed by Luís Sanz, the Group’s CFO and a skilled Engineer with special competencies in data analysis. This he applies as much to financial models as he does to sole growth and production models, analyzing cause and effect relationships in the many trials that run in the facility and determining what works.

When dealing with so many unknown variables you need to adopt some strategies characteristic of learning organizations. We talked about the team above but it is important that apart from individual competencies the team also has a shared vision and mechanisms in place to share individual learning and implement this new knowledge throughout the organization.

The complexity of the production system requires a holistic approach to the hatchery, the understanding that changing any part of it will affect every other part. This means that there must be a very structured plan of trials and decision-making trees to ensure that the best options are chosen and implemented and that nothing done at an early stage will become a bottleneck later. This is not trivial and can only be done with wise and very dedicated management.

Staying ahead of the pack

The race has been on for the last two years with constant improvements in survival that today has reached practically 100% from hatching to ready-fry, and growth rates that have increased by over 40% in the last 12 months.

Today, SEA8’s hatchery and grow-out facilities have caught up with two other competitors in the industry and the company will try to continue improving its production protocols and performance and stay ahead of the game.

The next years will be critical for the sole industry. Novel rearing strategies being developed by SEA8 and other companies will determine how much farmed sole will be produced and how many producers there will be. One thing is sure: SEA8 will be amongst the few with a lead that will be a valuable asset; and this lead may take others many years to catch up. At that point, Diogo Rosado and his team at SEA8 (www.sea8.eu) will already be on another quest.

Diogo Thomaz, PhD, MBA, is a Technical and Business Consultant for the Aquaculture Industry, based in Athens, Greece. After 15 years as R&D project manager and other industry positions he now leads Aquanetix (www.aquanetix.co.uk), a data management and reporting service for the global aquaculture industry. He also heads RealSales Ltd (www.realsales.eu) a sales consultancy company that helps businesses expand their opportunities in export markets. He can be contacted by email on diogo@aquanetix.co.uk