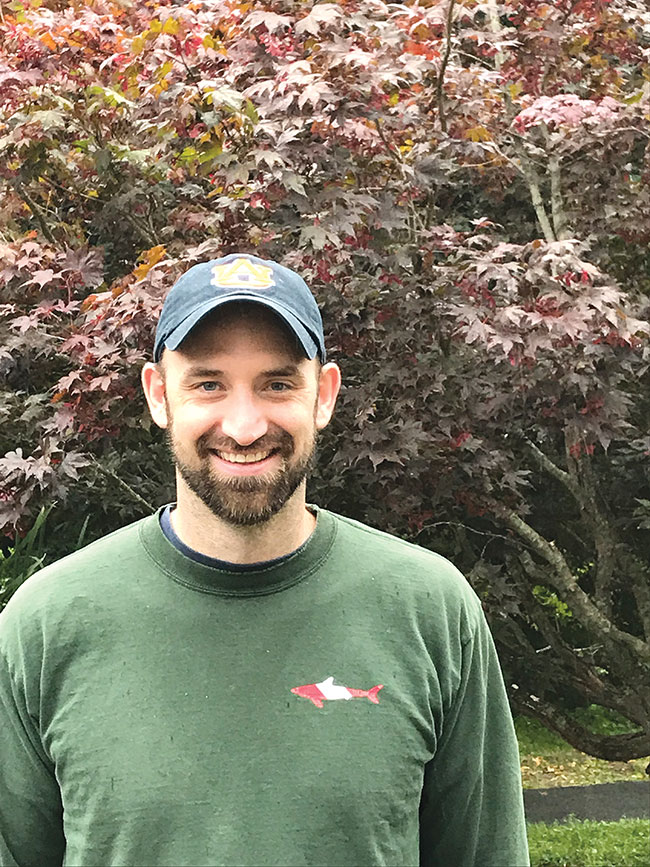 In a span of 10 years, Spencer Gowan rose through the ranks from a fish technician to general manager at Great Falls Aquaculture, which produces barramundi in a land-based RAS in Massachusetts, USA.

“His ability to look at the behaviour of the fish, and use that as a tool in managing the demands of not just the fish, but the system and water, have allowed him to grow to a point where he manages a facility that is top notch,” writes Sasha Dyer, fish health manager at Great Falls Aquaculture. As a young professional taking on a management role and leading a team of people who may have been working in the industry longer than him, Gowan has exhibited that he not only understands the ways of the fish, but of people as well.

Dyer describes it eloquently: “He is a very humble young man that is commanding of respect. Like myself, there are several older fish people who report to him as our boss. Myself and one other have been there for a combined half century, and we are pleased to work for him. In many situations like this, there might be resentment from older folks like myself, but this is not the case. Spencer has a way of leading the people with the same care and compassion that he has for the fish. Together we are growing not just a record amount of barramundi indoors, we are growing a team of fish hatchery professionals that enjoy what we do and strive to do it well.”

While taking his master’s degree at Auburn University, Gowan worked as a graduate assistant working in the aquatic genomics and genetics laboratory, where he worked on a number of projects that clearly developed his aptitude as an aquaculture professional. Some of these projects included: researching and developing molecular resources for addressing applied questions regarding the biological processes, conservation, and life history of Micropterus bass; and genotyping individuals using molecular markers and overall statistical analysis of genotypic and fishery data. He has presented at various aquaculture conferences, including at the Aquaculture America 2015 in New Orleans, Louisiana, and at the 68th Annual Conference of the Southeastern Association of Fish and Wildlife Agencies in Destin, Florida, in 2014.

He was the recipient of the H.S. Swingle Outstanding Masters Student Award from the Auburn University School of Fisheries, Aquaculture and Aquatic Sciences in 2014.

As general manager for Great Falls Aquaculture, Gowan oversees the entire operation of the facility, from fish husbandry and production, to staffing and building maintenance.

“It takes a leader to be able to take into consideration the thoughts of all employees and to mold and foster them so that the team feels that they accomplished the goal together,” Dyer says.

“I found that I really enjoyed taking care of the systems and animals and watching them grow. As a large consumer of fish and seafood myself, starting a career in food-fish production was a logical next step,” Gowan says.

Gowan wants the young professionals in this industry to take advantage of every opportunity to get out in the field.

“Hands-on experience is second to none, and having a wide range of skills is incredibly valuable,” he says.